Apologies For The Technical Difficulties (Part 2)

Here is the second part of my catch up post!

DAY 3
The Temple of Heaven and the Great Wall

Once again we started the day early with a delicious semi-Chinese, semi-Western breakfast then it was off to our first destination. The Temple of Heaven! 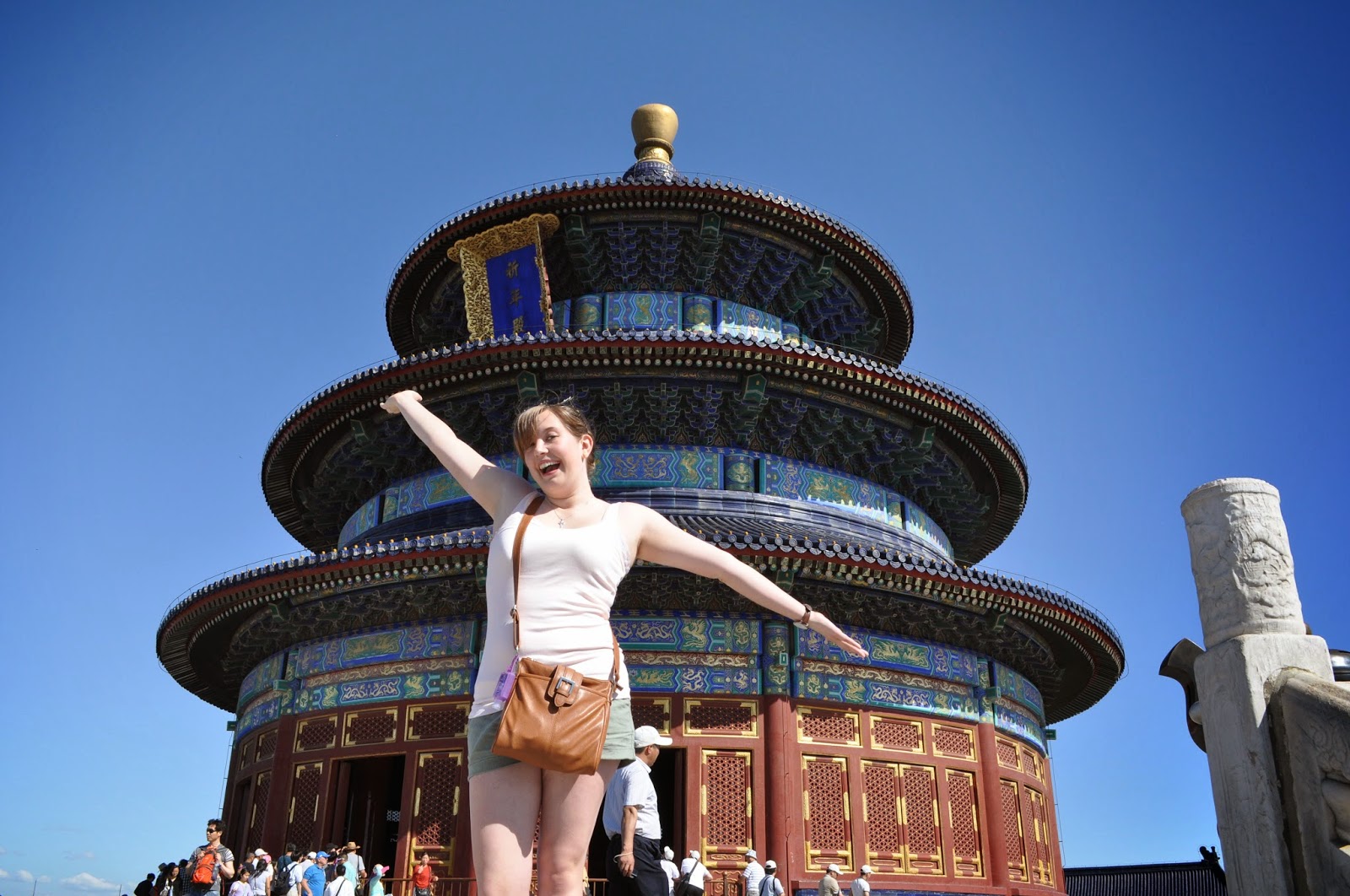 But before I go into the beauty that is the Temple of Heaven, let me talk about a bit of the culture we saw around it. So, before you get to the actual temple you walk through a sort of park. Our tour guide, Richard, told us that this park is free for locals to enter and many will come with food and stay there all day playing games and exercising. While we were walking through there were so many older people playing card games, doing their morning dance exercises, or just hanging out and talking. It was really great to see so many people going about their daily lives in garden that is hundreds of years old like it's no big deal. It was a really cool part of chinese culture to witness.
So after walking through the park we got to the actual Temple of Heaven (pictured above). The intricate details and ornate designs were very similar to what I saw at the Forbidden City but still just as breath taking. Plus, we were lucky in that the rain storm from the previous day had cleared out a lot of the smog so the weather was very beautiful. 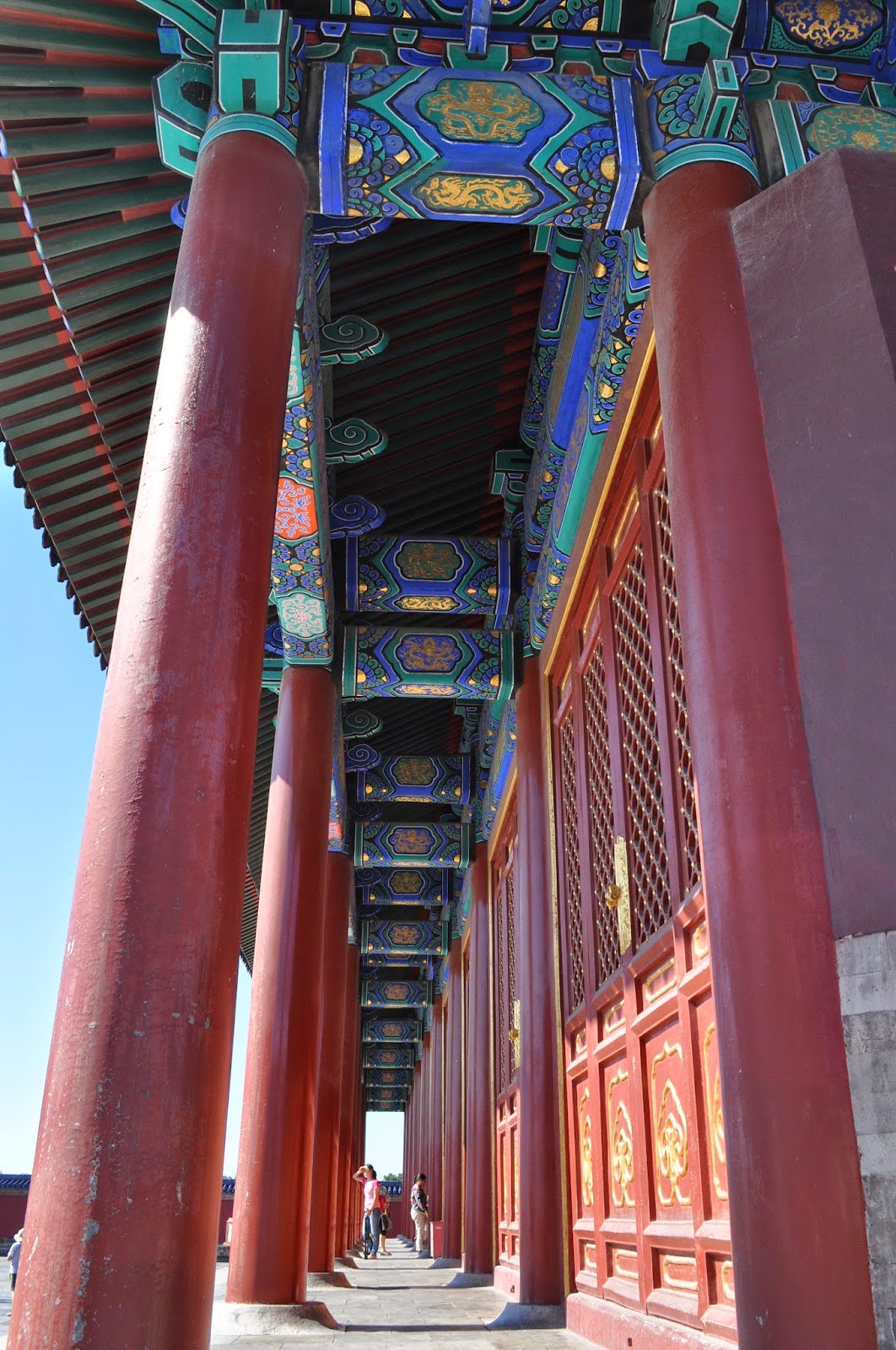 After spending some time walking around and reading about the history of this important building we were making our way towards the Echo Wall when we spotted something interesting. We saw an older gentlemen wearing what appeared to be an original Mao era uniform.
Seeing this was another interesting glimpse into Chinese culture in that it showed me how prominent that era of Chinese history still is to Chinese people. As Americans we often forget what Mao and his time meant to the Chinese people and this example made it evident to me how proud some Chinese people are of their history and culture and how much the believe in what Mao did.

Then it was on to the Echo Wall which was still in the Temple of Heaven pavilion. The Echo Wall is a circular wall that surrounds the Imperial Vault of Heaven. When you stand in the exact right spot, if you clap you can here it echo one, twice, or three times. Also, if you speak into the wall at the right volume, someone on the other of the wall can here you. The Echo Wall faces the Circular Mound Altar which has a stone in the exact middle called the Heart of Heaven where the emperor would stand to pray for good weather. Now it is said to be good luck to stand on it. 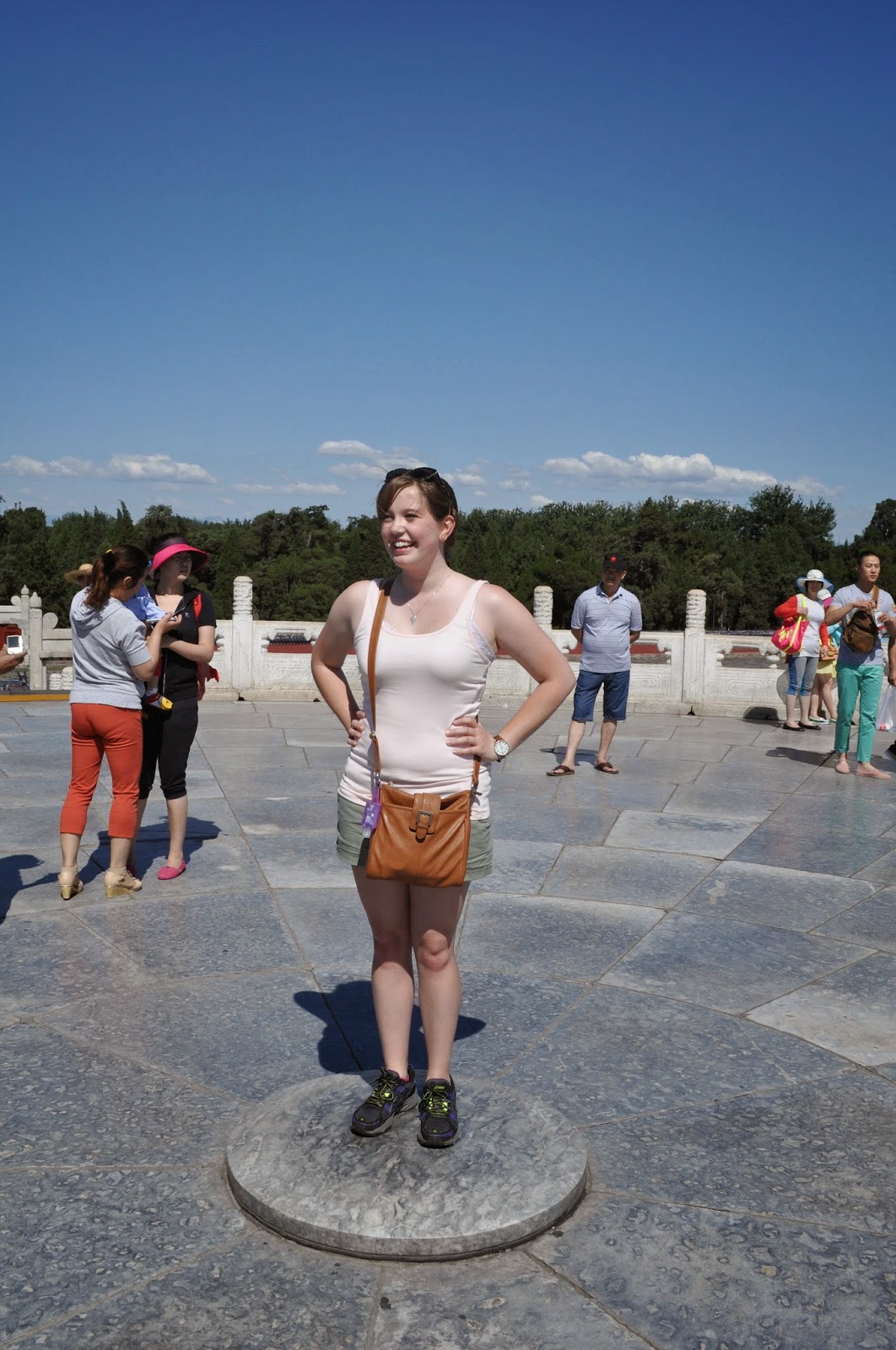 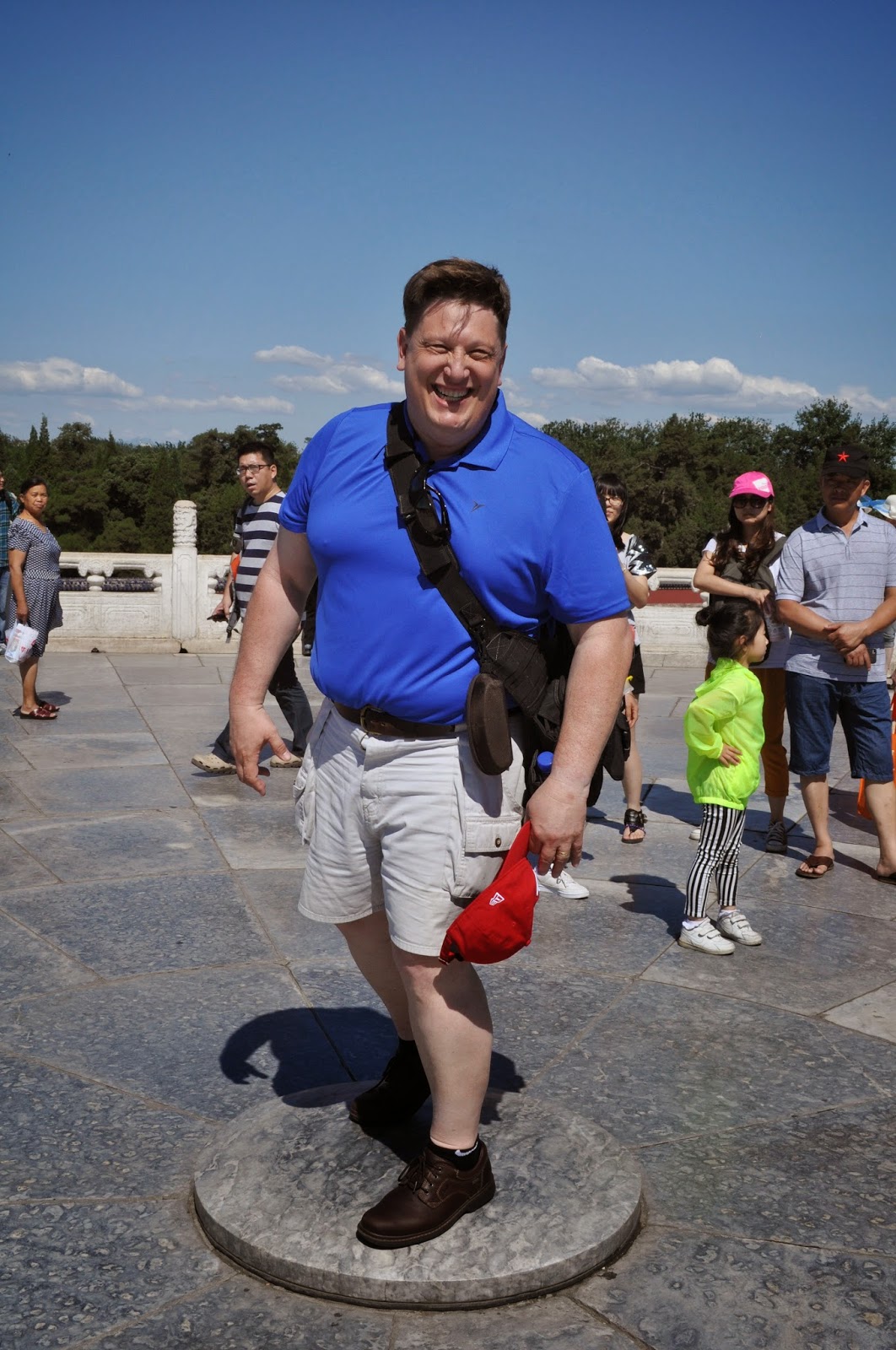 That concluded our visit to the Temple of Heaven. But our day wasn't over yet. We still had to see one of the 7 wonders of the world, the Great Wall of China! About an hour drive out of Beijing, the view of the country side and approaching mountains that house the Great Wall is absolutely breath taking. We parked the bus at the bottom of the town were one of the more popular spots of the Great Wall is then walked up steep hills and through a small market area to get the ticket. No, we didn't walk all the way to the Great Wall. Our tour guide told us that it would take almost an hour (probably longer for me) just to get to the wall. So instead we took a cable car to the top. Actually being on the top of the Great Wall was surreal. Just thinking about how great a feet it would be to erect a structure like this even in present times, and the Chinese were able to do it thousands of years ago. It is completely astounding. 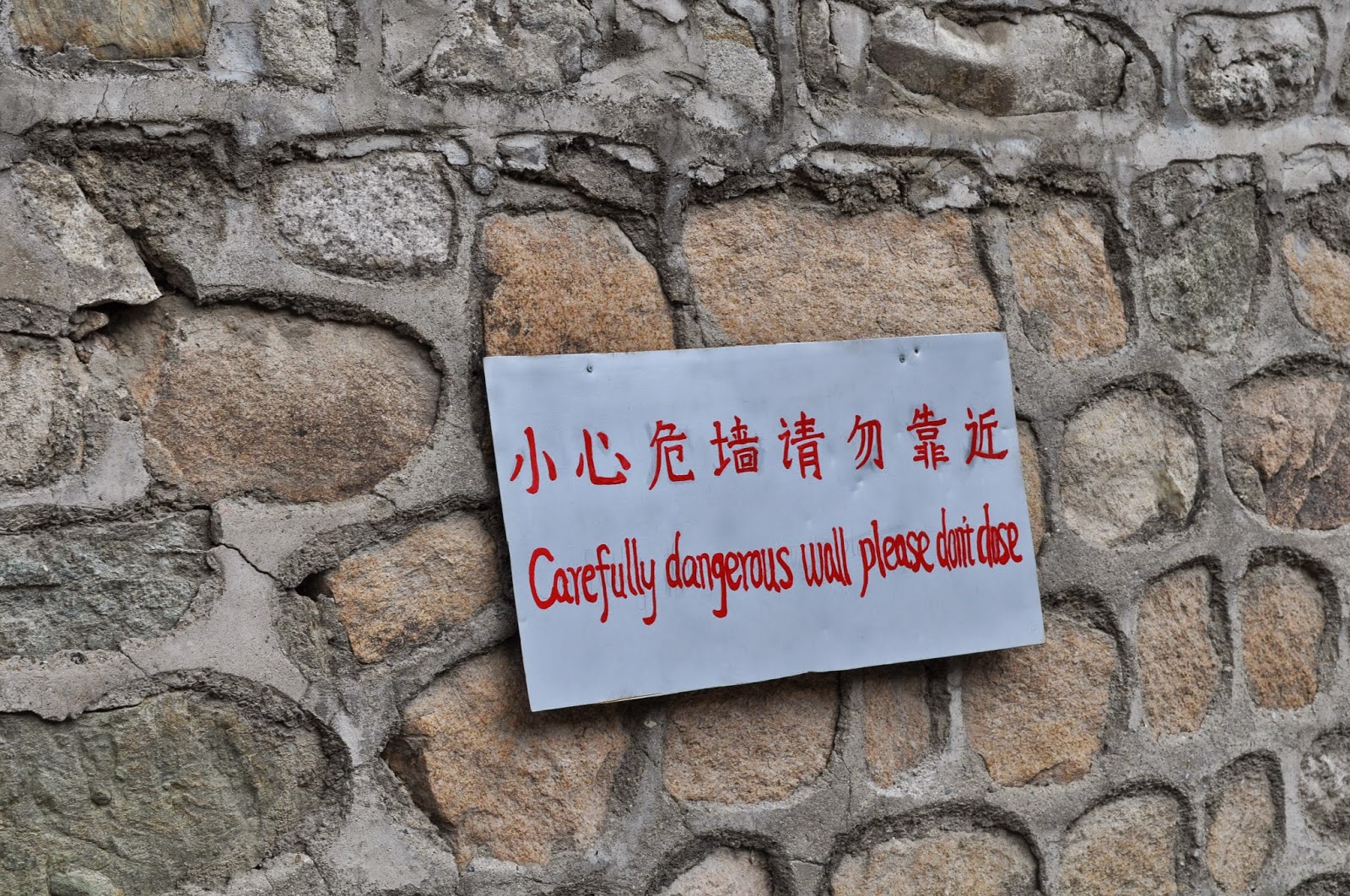 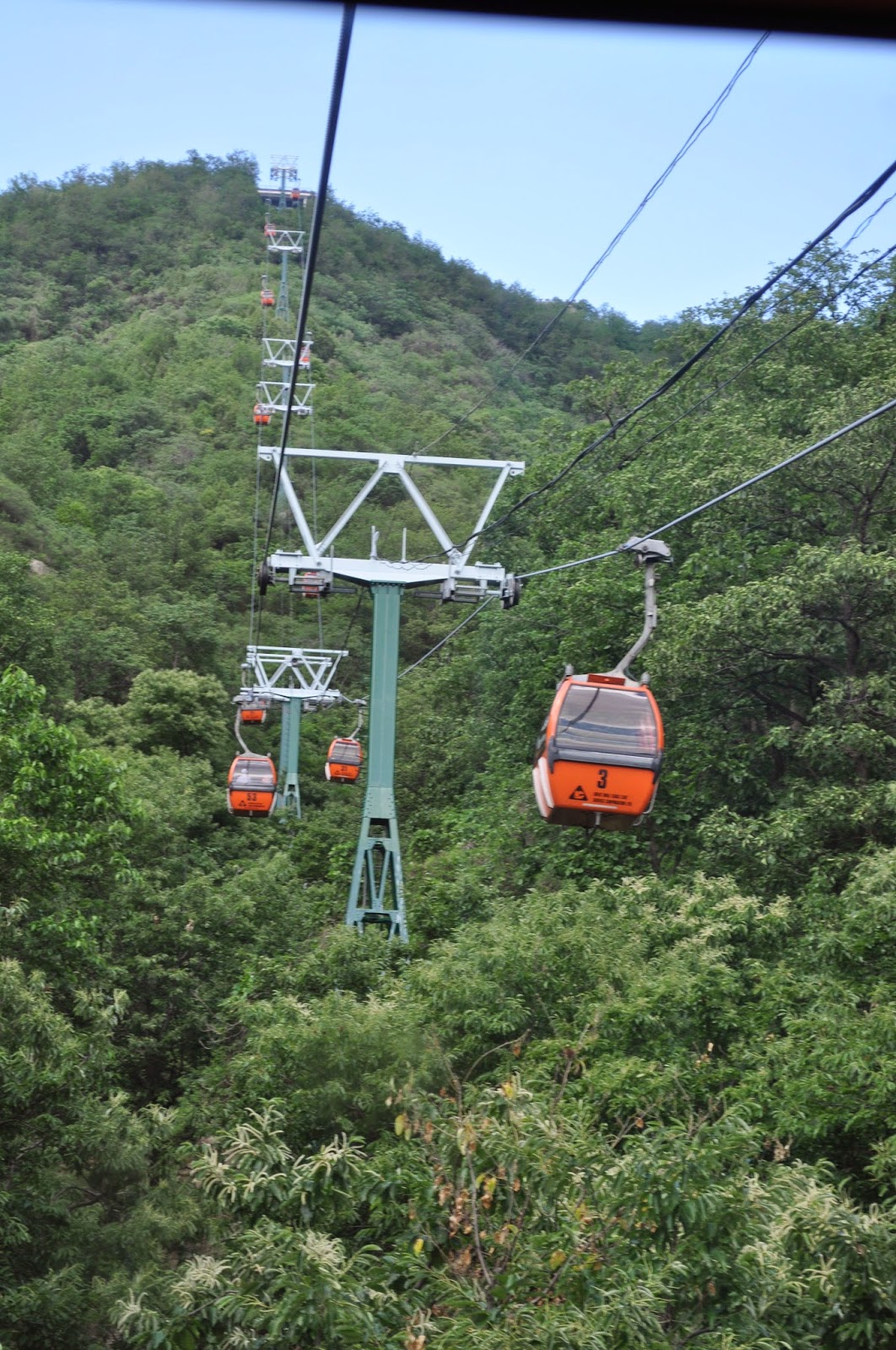 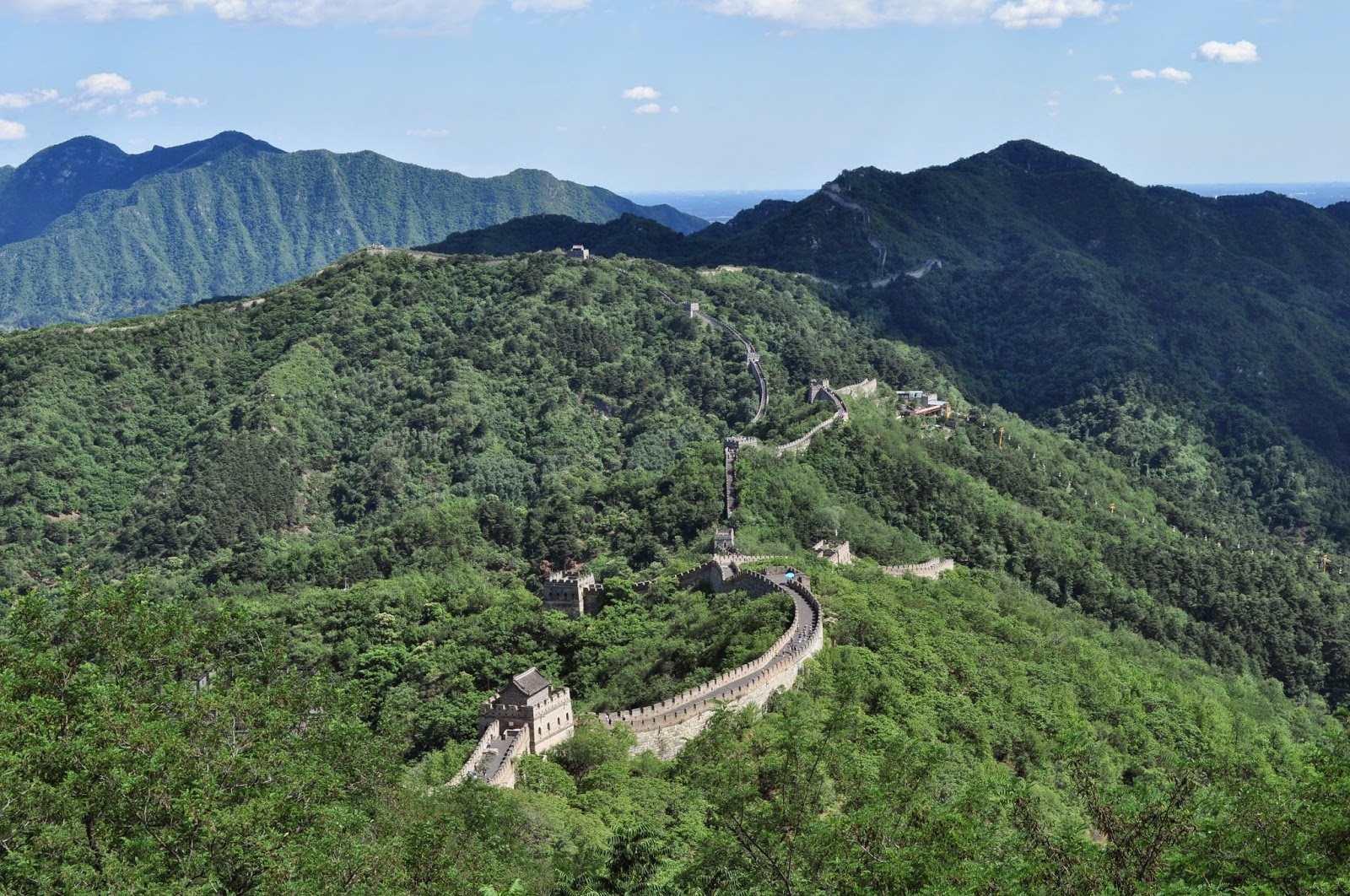 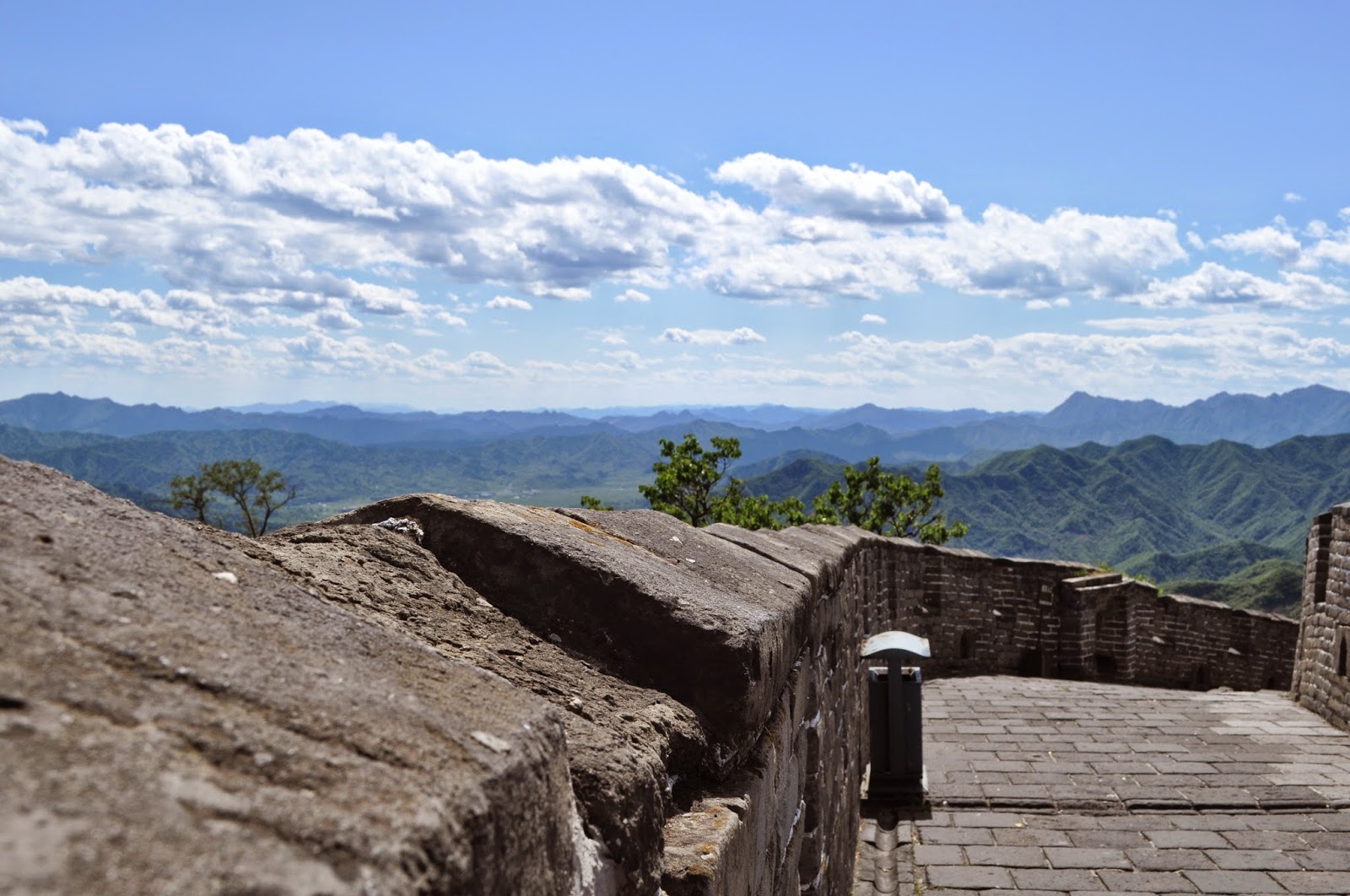 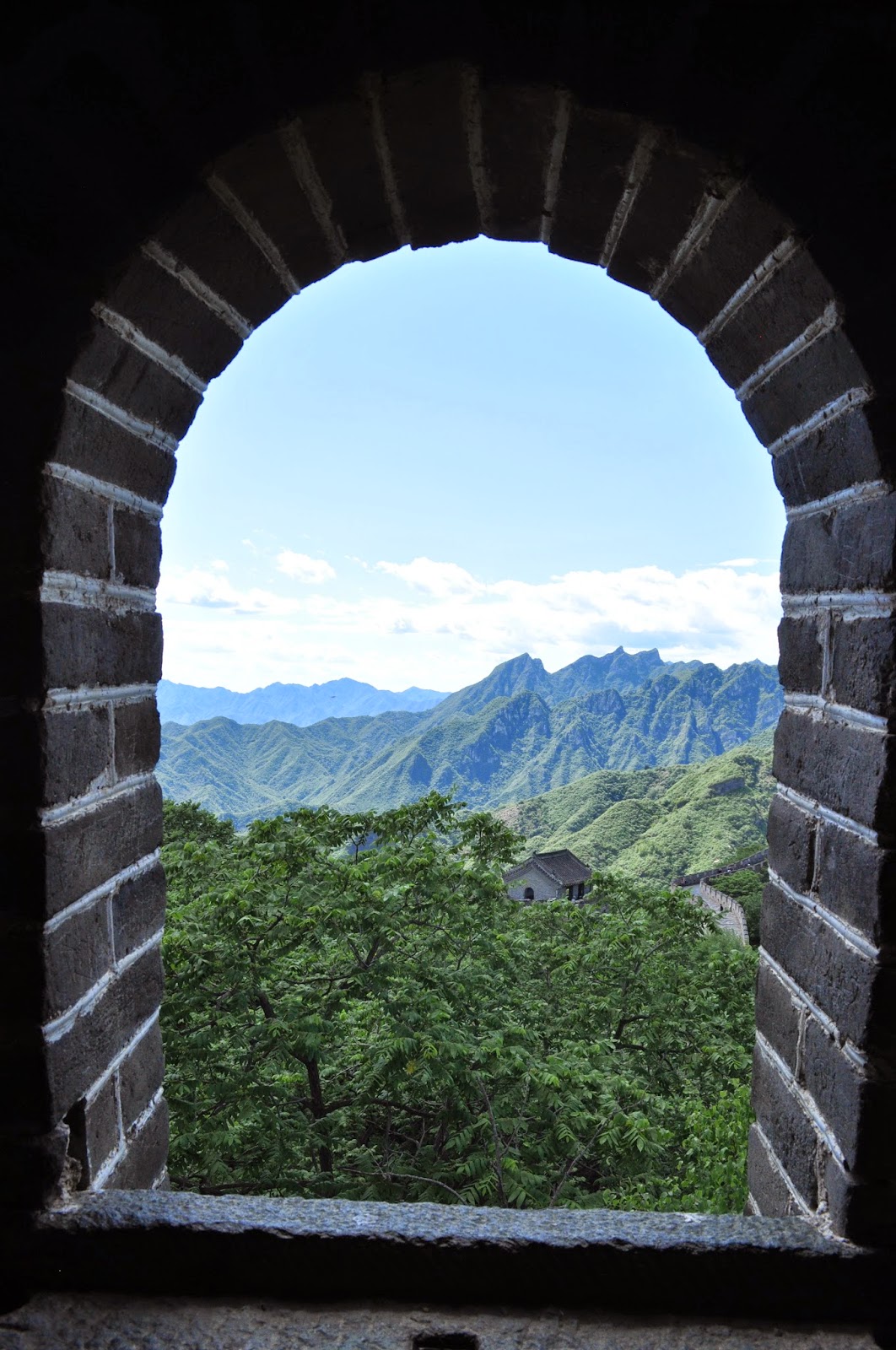 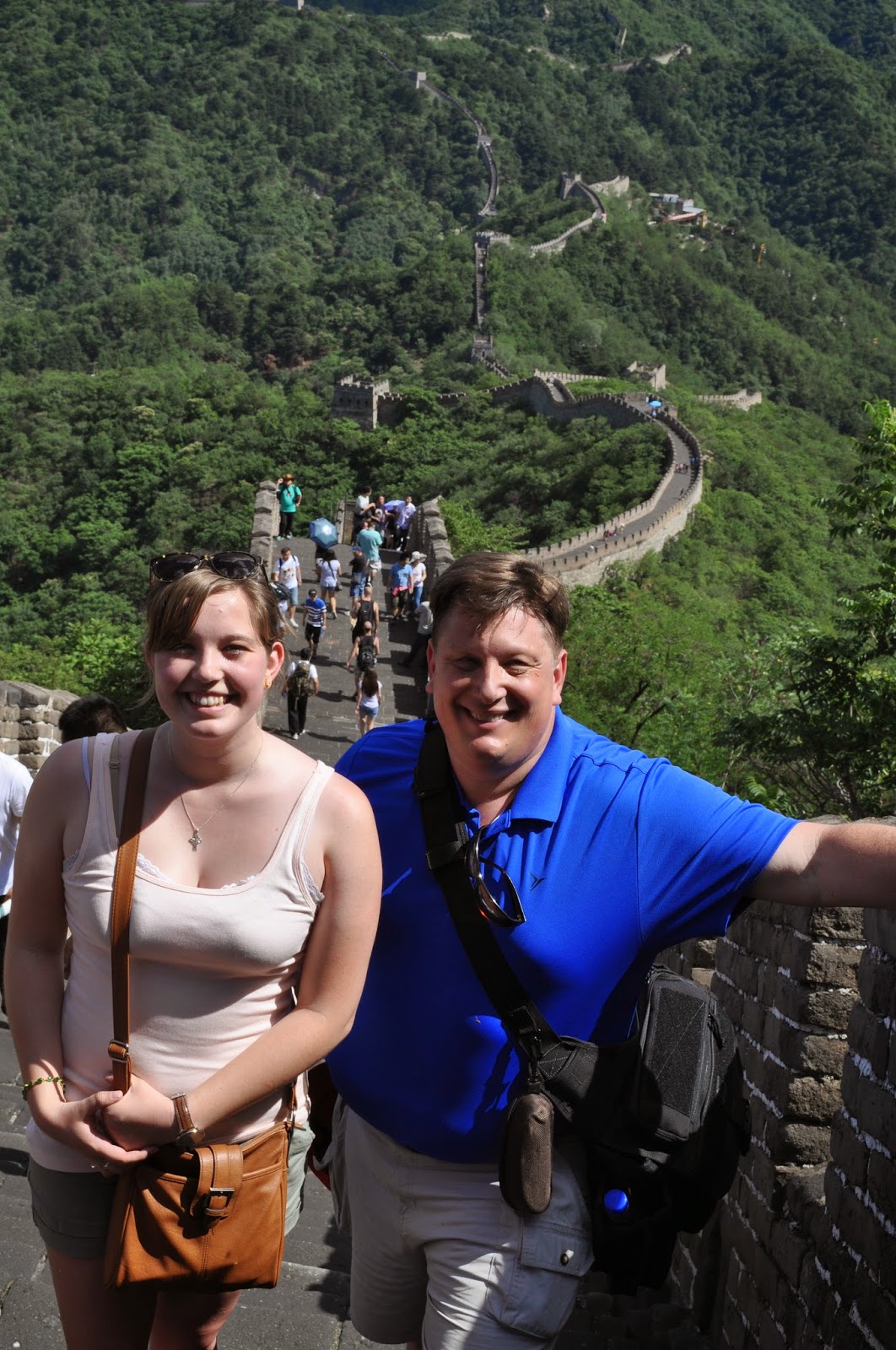 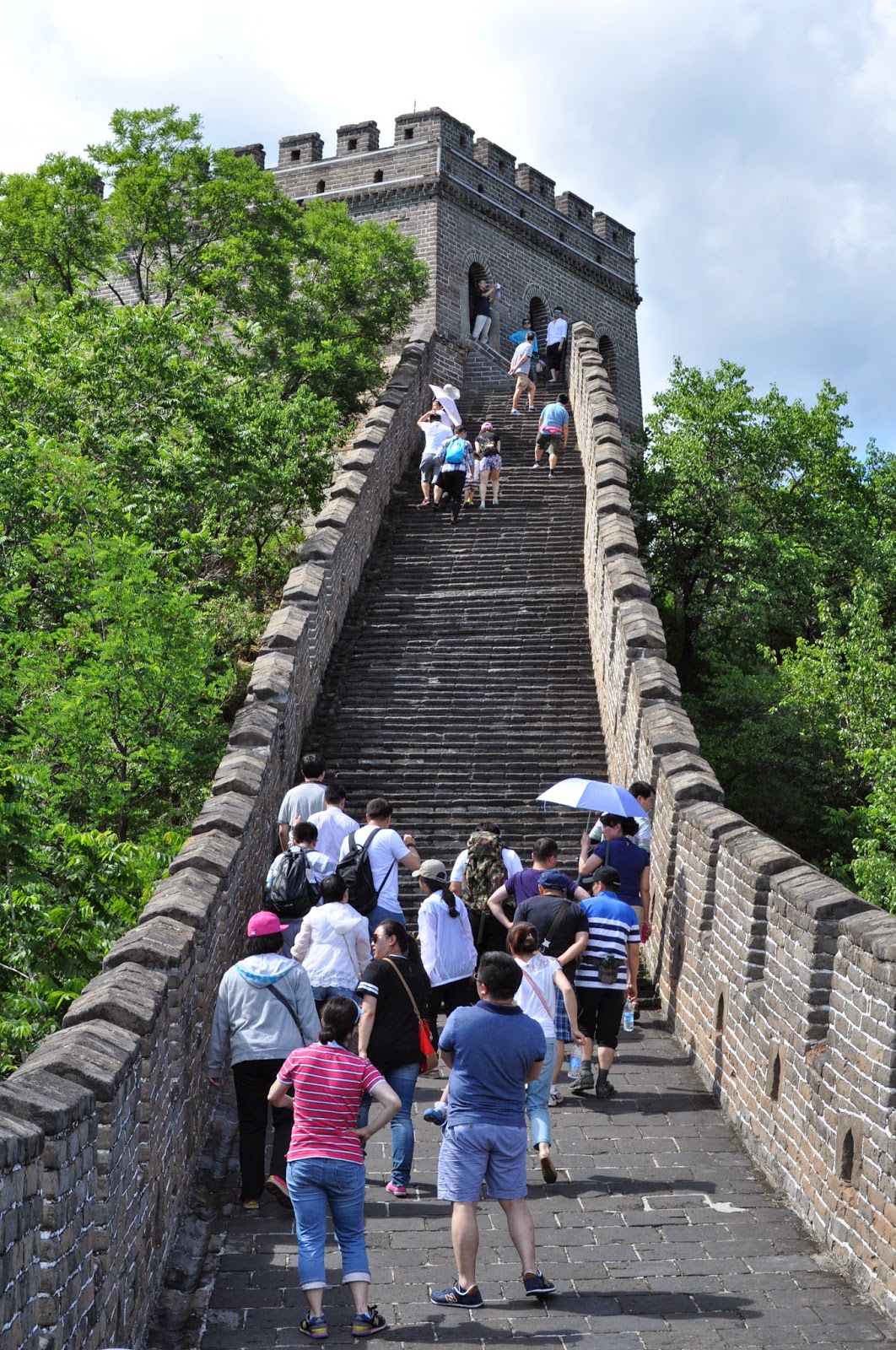 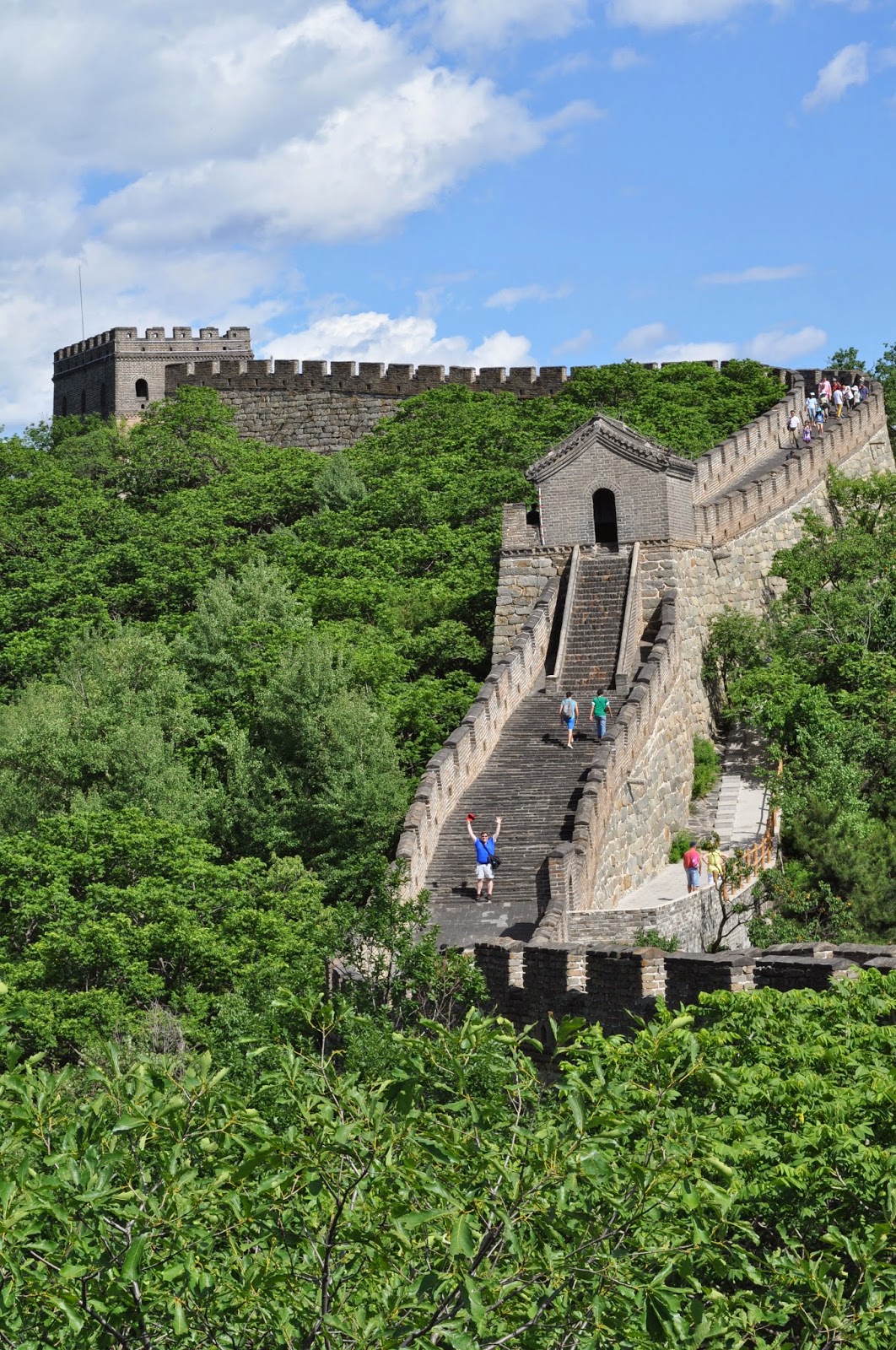 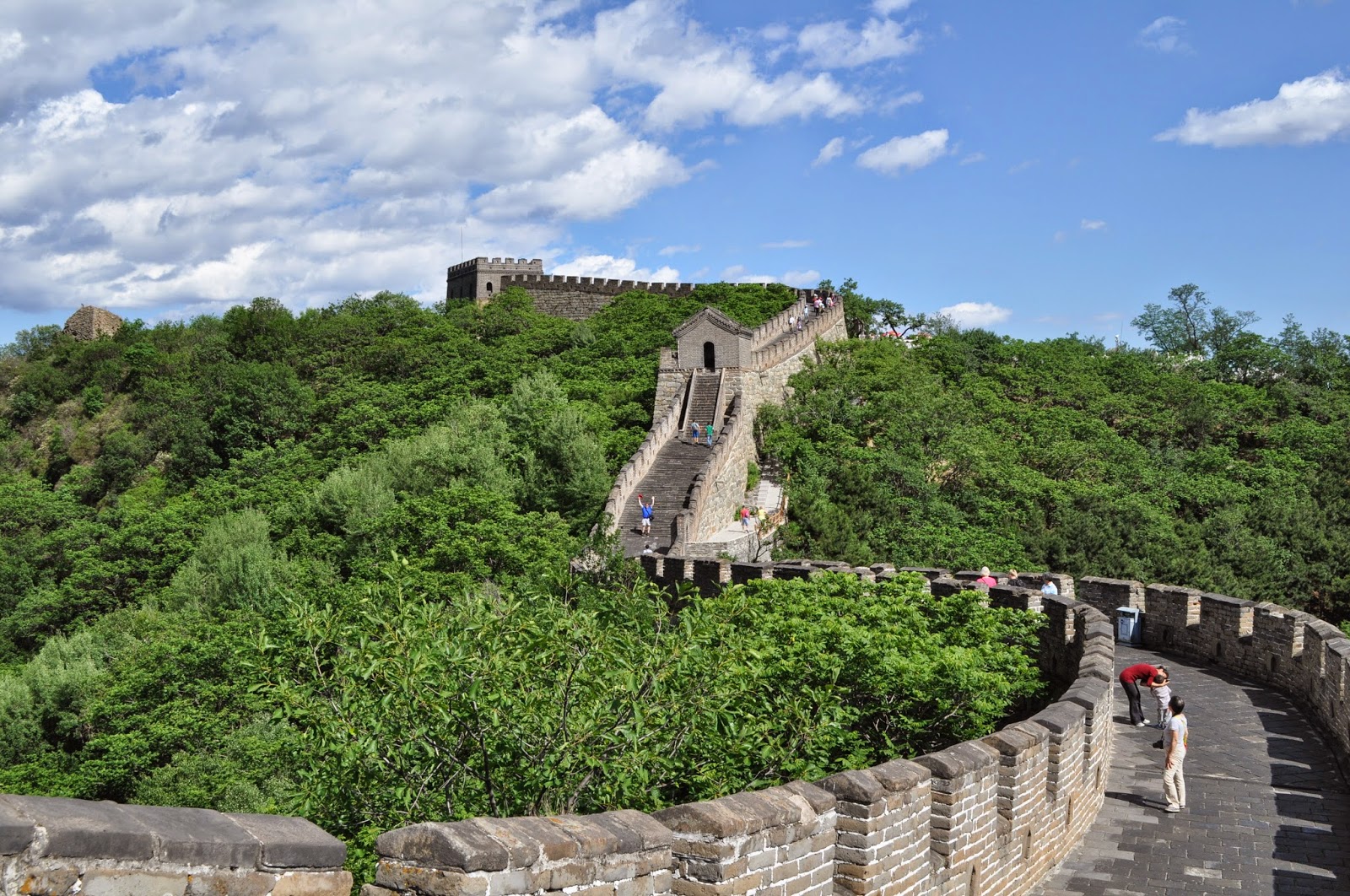 With that we were done with the official schedule of the day. However, my dad and I decided to be adventurous and go on an extra excursion to the a Beijing Acrobatics show which our tour guide recommended. He took us off the beaten track by subway then by bus to a small little theater in a much...different part of the city then what we had previously been used to seeing. The show its self was...interesting. It was nothing awe-inspiring or totally captivating but I did enjoy watching the people around them and seeing their reactions to different things. We also had our first experience with taking a taxi on our own in Beijing. Unfortunately, my chinese skills are severely lacking so we ended up just calling our tour guide and having him tell the driver the address. But, obviously, we got back to our hotel with no problems.

Day four was our last day in Beijing with the tour. It was an easier day in that all we did was take a rickshaw through a type of old neighborhood called a Hutong and explore for a bit. We saw inside of a traditonal Hutong home and met a girl who does the gorgeous paintings on the inside of glass bottles. I really enjoyed this but I especially liked the tea house that we managed to find. Our tour guide took us there and Dad and I got to try some excellent chinese tea that I have really grown to love since being here.


Once we were finished exploring the Hutong we said farewell to Richard and left to take a plane to Xian. (The rest of the group took a train to Xian, which we ended up taking back to Beijing, so we didn't see them till our first full day in Xian).

This concludes the second part of my make up posts. I hope to have the last one up tomorrow.

Until later, be safe, be happy and remember "Adventure is out there!"