Apologies For The Technical Difficulties (final)

Day 5
Six Star Hotels and Thousand Year Old Statues
I'm going to take a moment to touch on the absolutely spectacular hotel we had the privilege to stay in while in Xian. According to our guide it was a 6 Star Hotel (which, before coming here I didn't know was a thing) that use to only be for governors or government officials when they came to stay in Xian. But now it has been opened to the public and it is absolutely gorgeous. The entire hotel has several wings which are basically separate buildings with different types of very lavish furnishings and fancy restaurants. The area is gated off so you don't even really feel like your in China. My Dad kept saying how much it felt like California. The air around the hotel also seemed fresher and smelled like jasmine and magnolia. So, three cheers to China tours for helping us get such good digs. 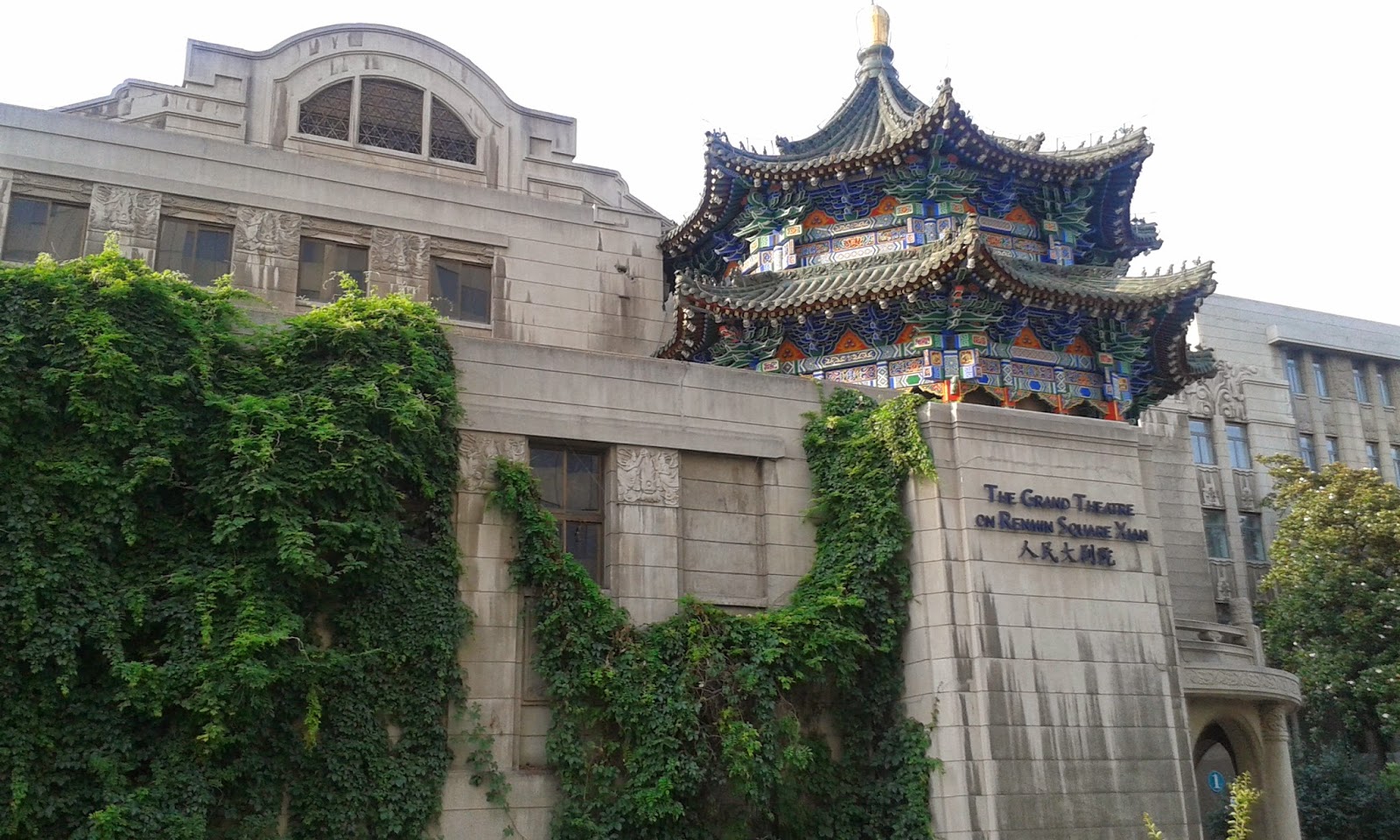 So just by driving from the airport to our hotel I had decided that I liked Xian better than Beijing. The reason being is that Xian felt less like a big city to me. Yes, it is technically a "big" city, but Beijing had more of a New York sort of vibe (and New York isn't one of my favorite cities) where as Xian felt more like London a bit or a San Francisco (at least according to my dad), so it was more appealing. Plus, the weather was very nice and we were lucky that there was very little pollution.
Our main focus for Day 5 was the Terracotta Warriors. We first went to the factory where they do all the restorations for the Terracotta warriors with traditional tools and techniques (you could also buy your own terracotta warrior or have a model done of your face and put it on a warriors body). 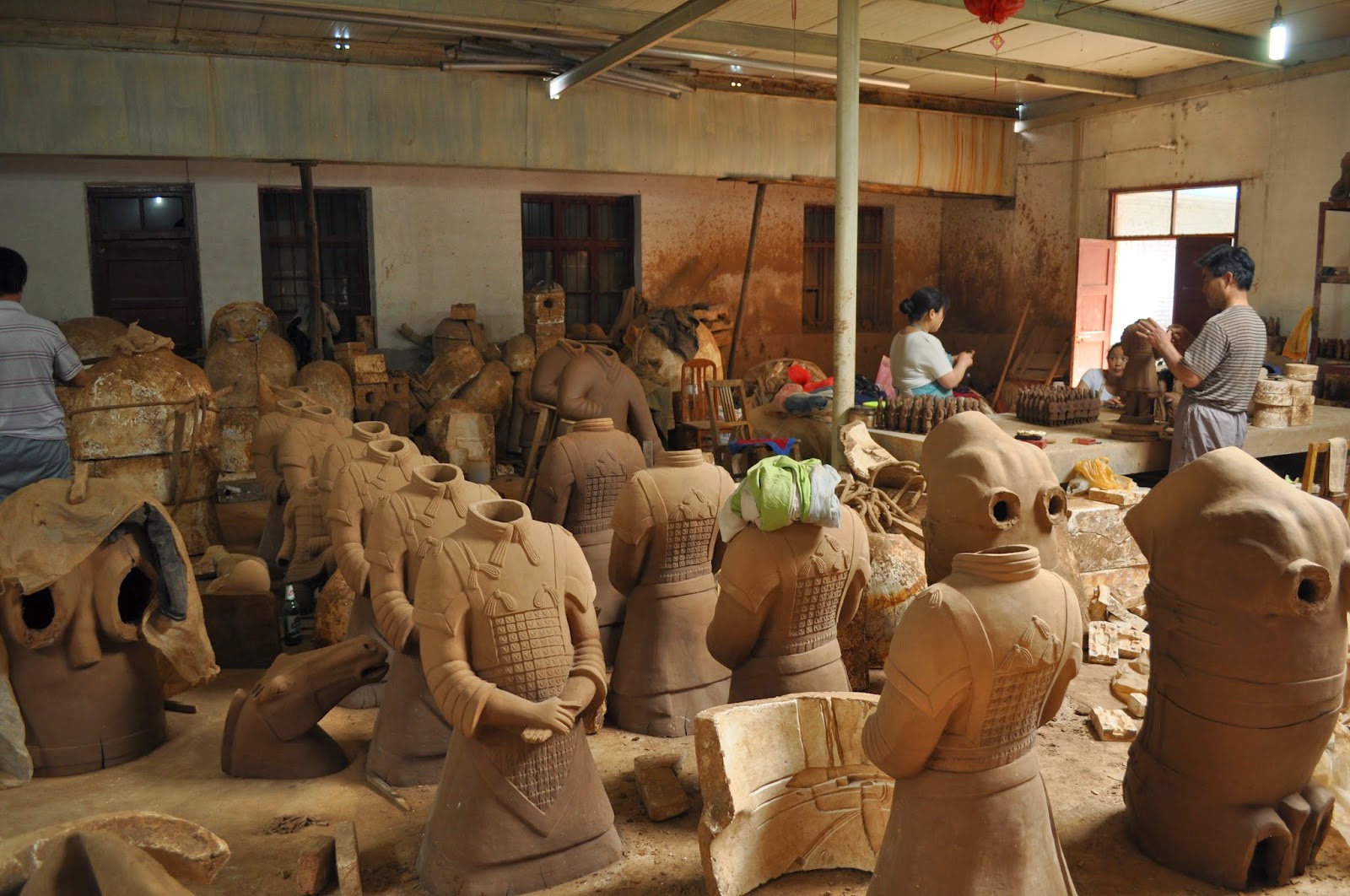 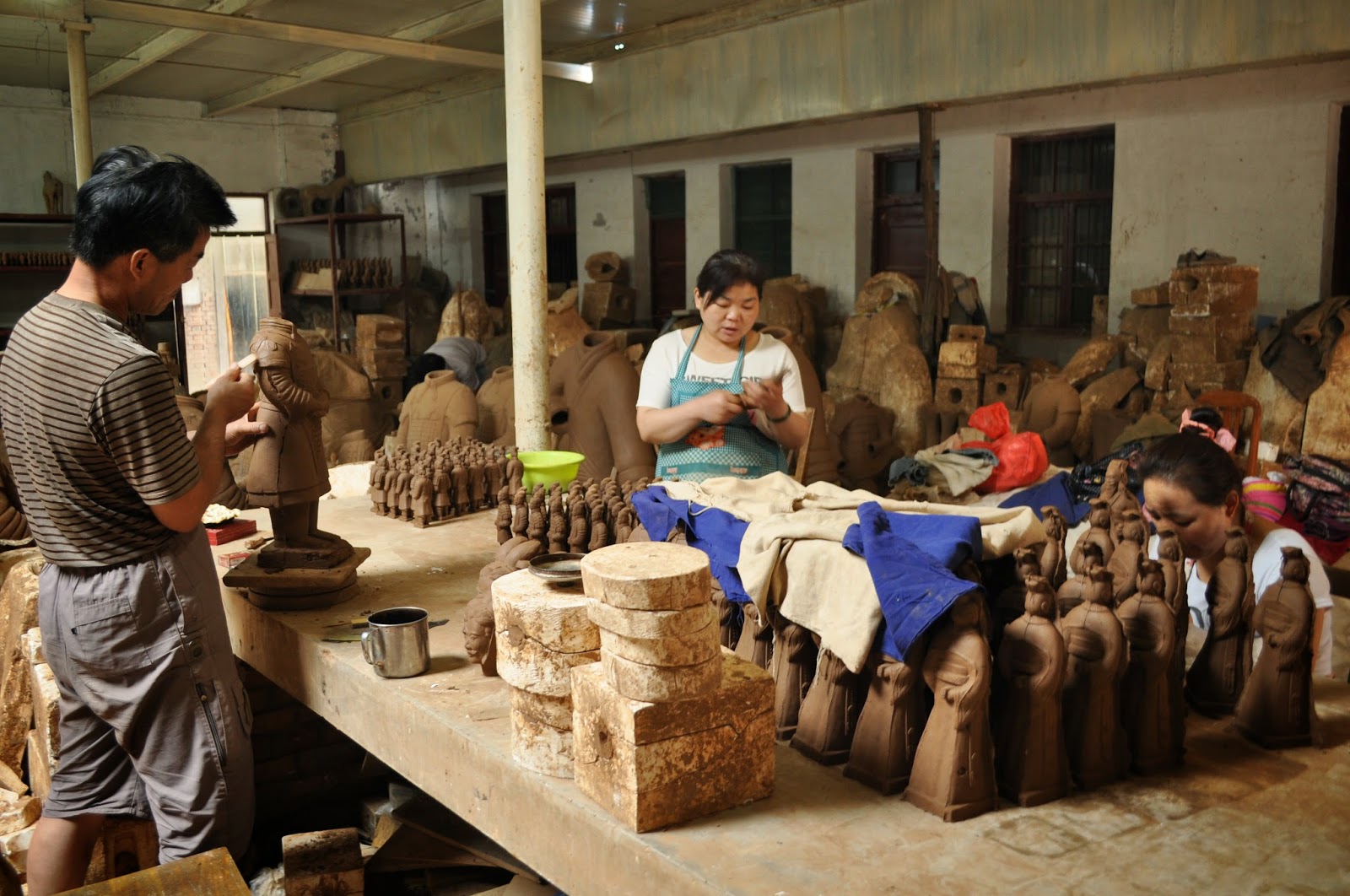 Then we saw the warriors themselves.
The terracotta warriors were discovered by a very poor farmer who had been trying to dig a well. However, instead of finding water he found a clay head. When the initial shock of discovering a piece of pottery that at first appear real wore off, he reported it to the government. When the government took over the site as an official historical site and began to understand the expanse of the project, the farmer was awarded millions of dollars. The excavation of the site is still going on today. There has only been one warrior found completely intact. The reason for this being, the Emperor who had commissioned the making of these warriors died before their completion. And when forces came in to take over as the next dynasty they raided and burned the tombs that housed the warriors. Since their discovery, archeologists have been working tireless to restore and reconstruct this marvelous collection, it is expected to go on for decades.
The museum it self is separated into 3 pits, not including the exhibit with the emperor's chariots. The 1st pit is the biggest, number three is the smallest and suffered the least amount of damage from the raiders, and number 2 houses rows upon rows of un excavated warriors waiting for future generations to discover them in a way that will keep the color from fading like they have on the uncovered warriors. 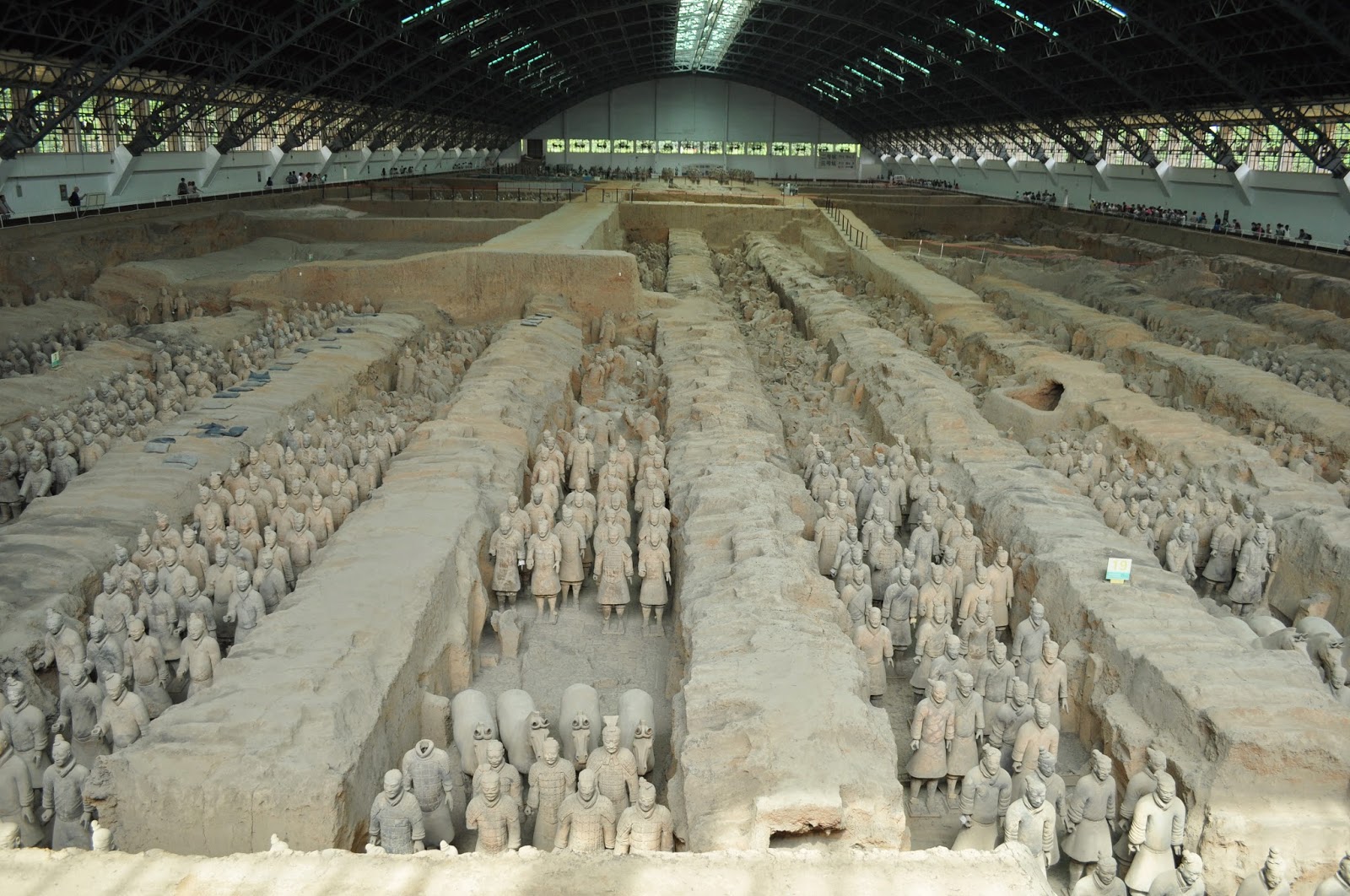 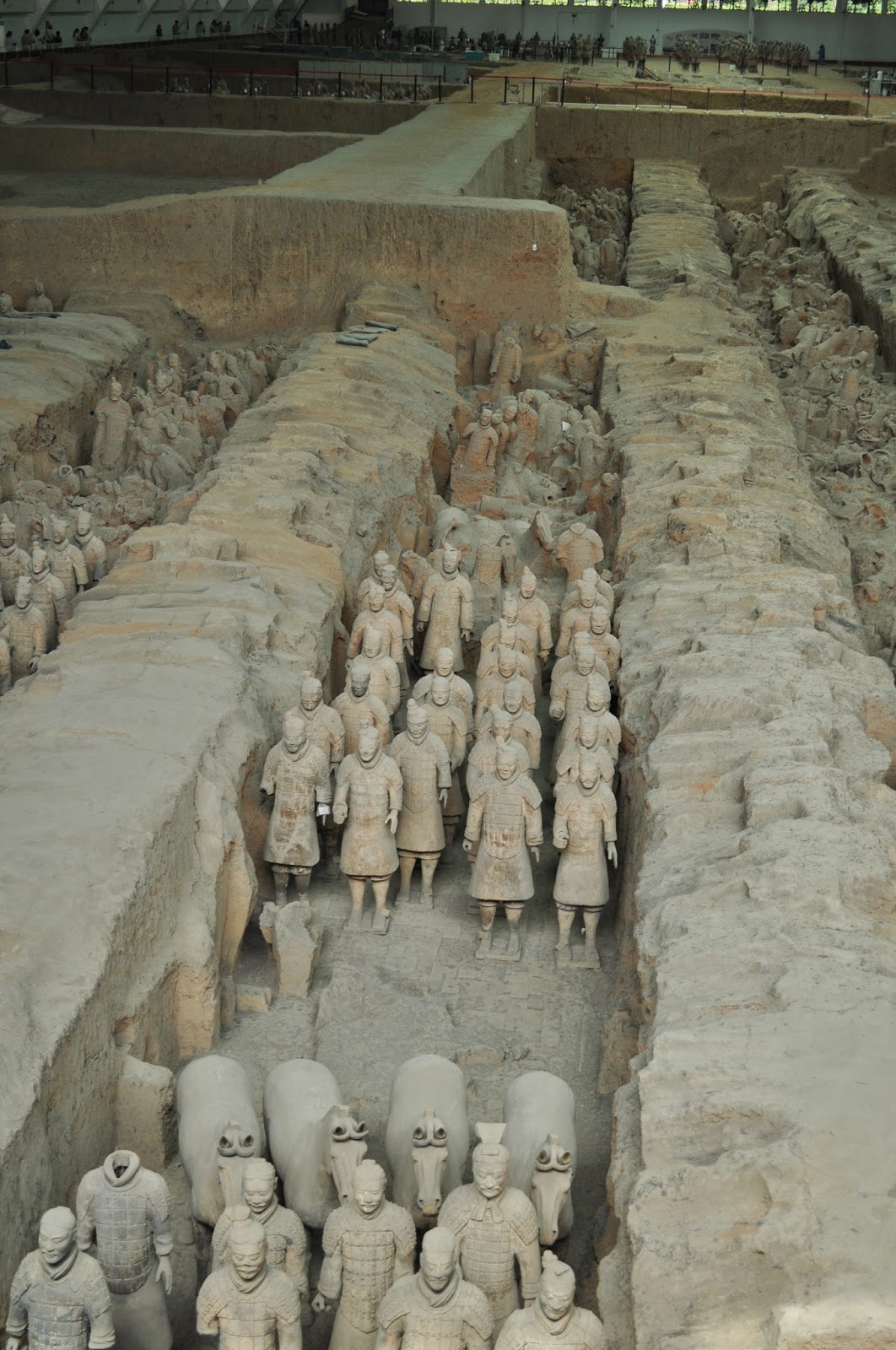 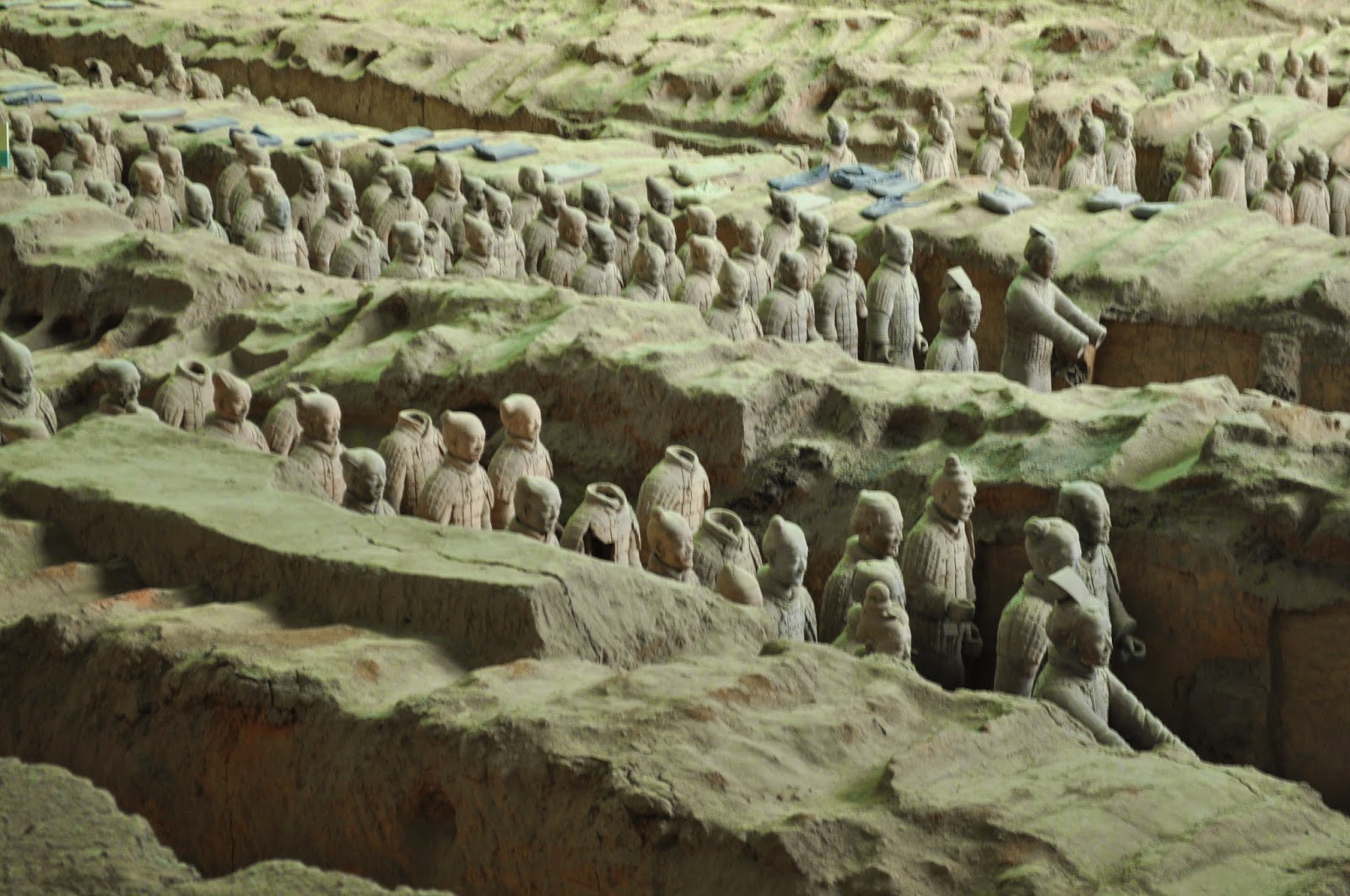 Though the Terracotta Warriors was our big site for the day we still had one more destination. The Small Wild Goose Pagoda Scenic Area is an important cultural relic and is one of the only remaining symbols of ancient Chang'an. It also survived through 6 earth quakes. The first one caused a major crack down the side but then the second one closed it off. Then with the third earthquake the crack happened again, but the fourth one caused it to closed. The cycle repeated again until scientists discovers that the foundation was built in such a way to prevent it from collapsing, which was why it would open and close. 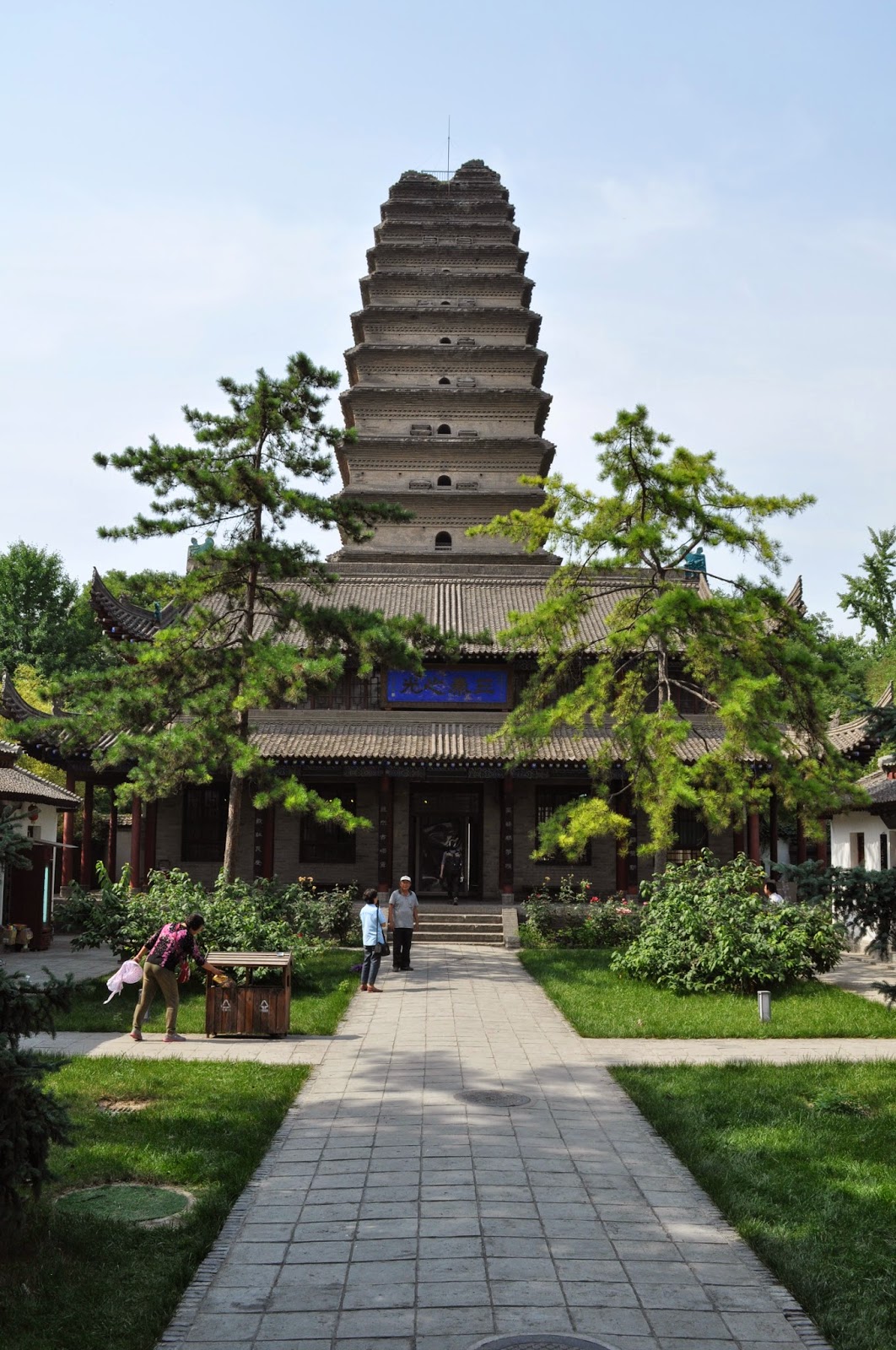 Dad and I ended our last full day in Xian with another extra excursion offered by China Tours, however this time we were accompanied by the two Australian couples (and probably four of the funniest people I have ever met). This excursion was a dumpling dinner and culture show! The food was great, the company was fantastic, and the show was beautiful. The culture show showcased traditional chinese music and dance such as Ribbon Dance and several really cool music numbers with just percussion instruments or some type of brass instrument I have never seen before. Overall it was the best possible end to our day (and tour) that I could imagine.

DAY 6
Was our last official day on the tour. Part of our group had already left for different destinations so it was just my dad and I and one of the couples from Australia that went out into the city for one last time. We saw the Xian city gate that used to be the entrance to the Emperor's city (much like the forbidden city) when China's capital was in Xian. It was massive and very solid, of course nothing like the Great Wall but still very formidable. 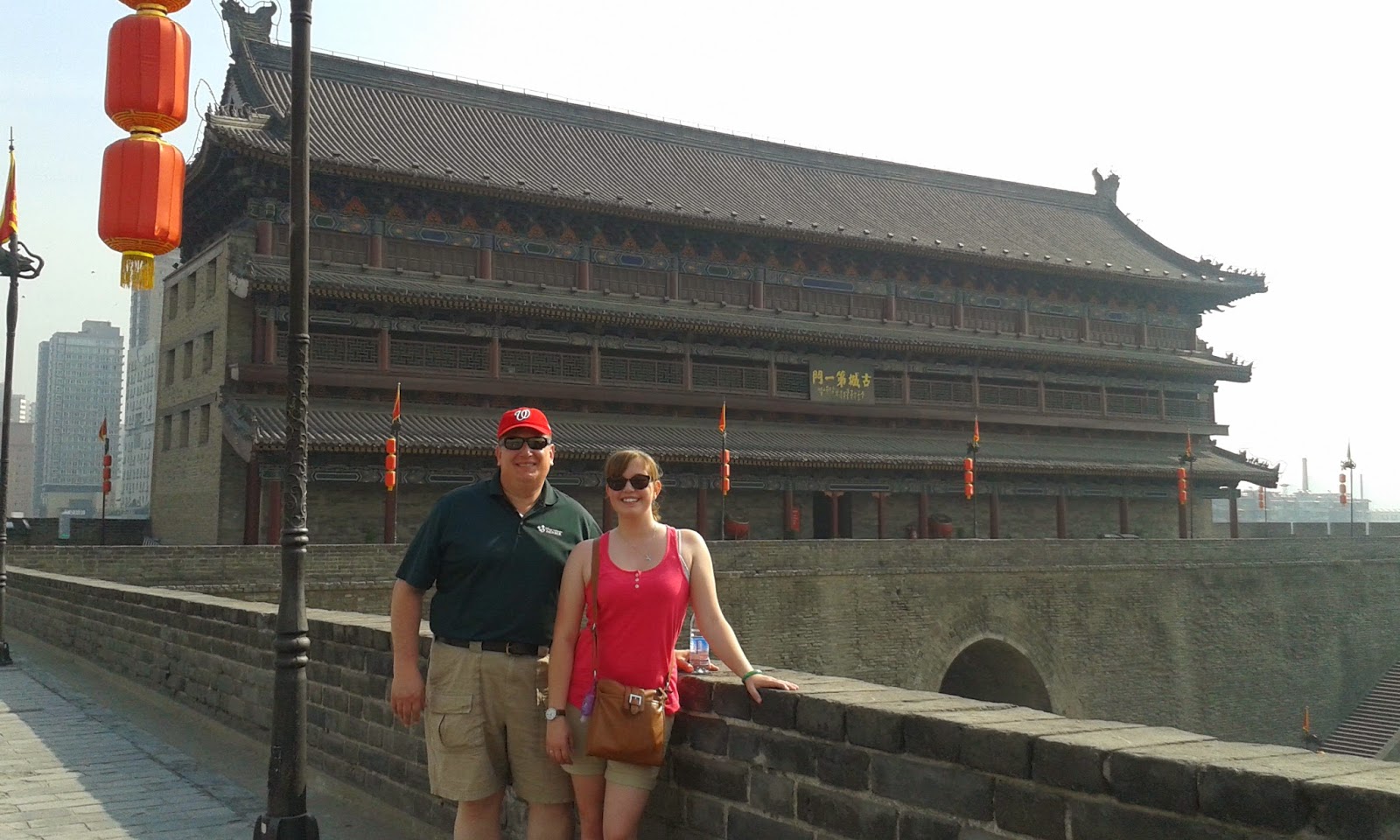 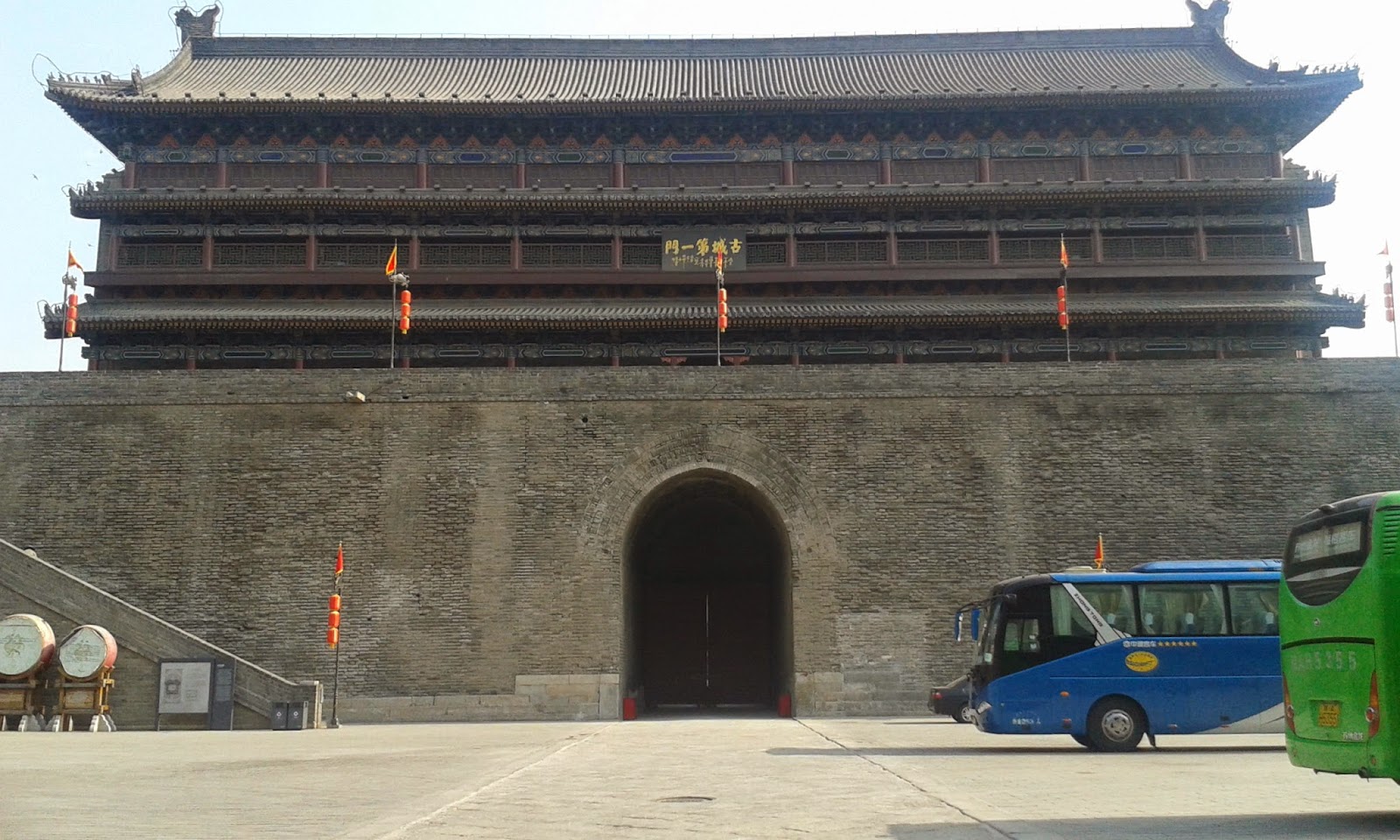 Then, for our final destination we visited the Great Mosque, which is one of the oldest operating Mosques in China, then explored the great and very colorful market around it.
Once we were done with the market it was time to part ways with the remaining members of our group. Later, Dad and I took a 5 hour train ride (don't worry we'd paid the extra to be in first class) back from Xian to Beijing. We had another brief...let's call it "adventure" with trying to get a cab from the train station to our hotel in Beijing but eventually managed to get back alright.

DAY 7
Dad and I spent some time wandering around Beijing on our own. Our time with China Tours had ended in Xian so we relayed on our map and natural navigational skills to find our way around the city. So of course we ended up getting lost, or as my dad likes to say "we took a daddy short cut", but eventually with our sense of humor and my dads superior map reading skills, found where we wanted to be.
When our exploration of the city was done, I returned to the hotel, collected my stuff, and we took a Taxi to the Beijing Institute of Education. Which is where I am now participating in the CET Language Immersion program.

And...now I'm officially caught up. I will have a post up either tonight or tomorrow about what I think so far about life as a student in Beijing and CET program.

Until then, be safe, be healthy and remember "adventure is out there!"