My Life as a Student in Beijing

So I've been here at CET for almost two weeks now so I think it's time to tell you a bit about my life here and what I've been up to.
First, my living situation. Full disclosure, upon first glance my thoughts about my dorm and the surrounding area was that it was...crappy. The school is small it's in a crowded shopping area with lots of people just chillin' on the side of the road in front of their shops. Also the dorms are no where near as nice as my dorm at James Madison. So you can imagine my...let's say disappointment at the idea of having to live here for two months. However, I quickly put my thoughts into a different perspective.
At the first day of orientation (June 12th) one of the first things our Resident Director touched on is how in China, these dorms are considered very nice. She said how its not uncommon in most other Chinese universities to have 6 girls in one room. Here it's two people per room and some people are even in singles so they don't have a roommate. So, even though the bathrooms are kind of...eh and the room seemed small, and the walls are bare and scuffed, it's totally safe, absolutely livable, and nice if you can adjust your expectations a bit.
My friends and I walked around a bit yesterday and I managed to get some nice pictures while the sky was blue. It has been raining the past couple days and when that happens the next day is usually really nice ('cause it clears out some of the pollution). 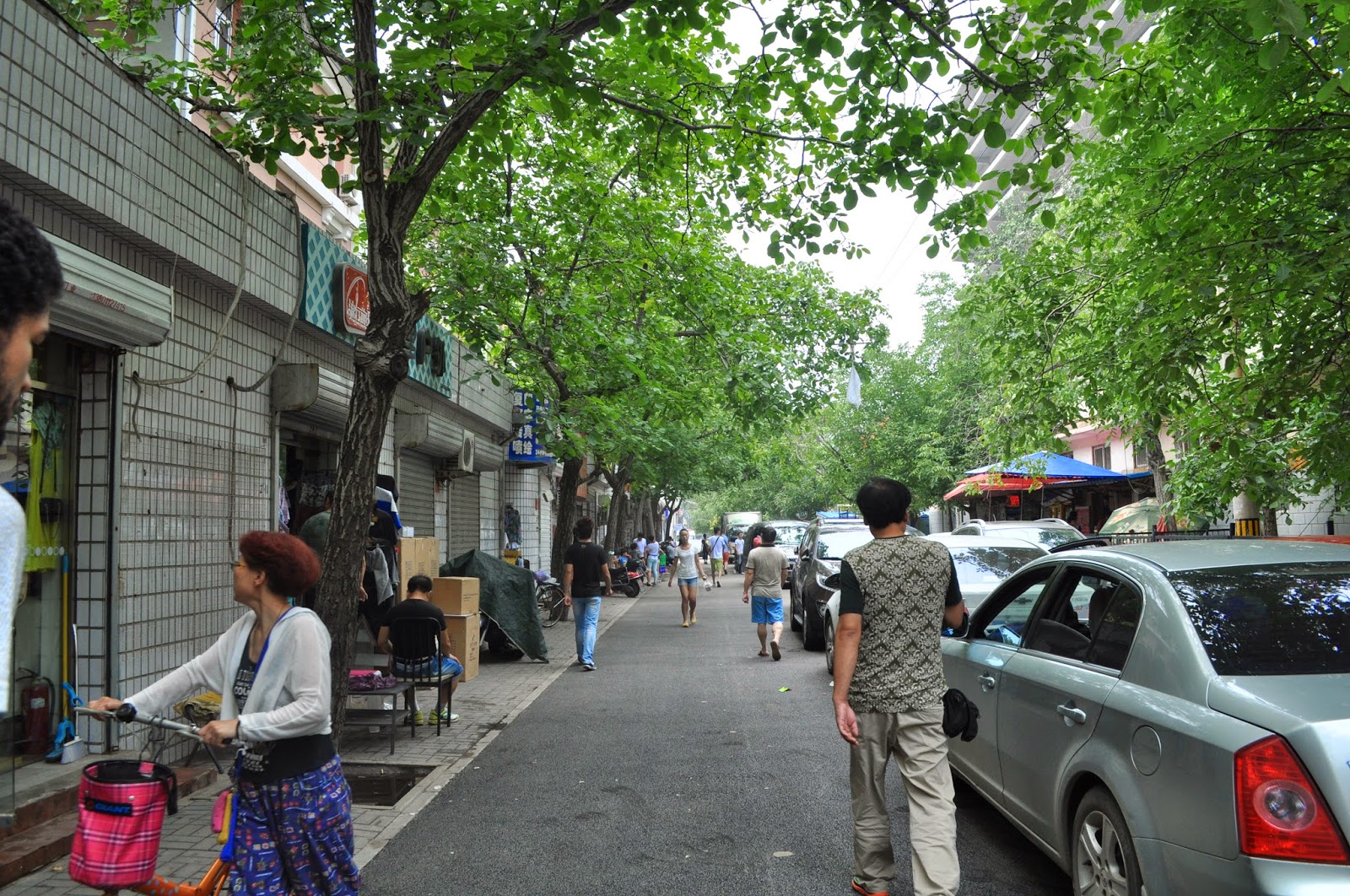 The pictures above show the street that our school is on. It's fairly small and lined with shops and tiny "restaurants" like the one depicted below. Most of these shops have really cheap clothing or food stuffs such as ramen (which is quickly becoming a staple of my diet along with rice and watermelon). There's also a little hole in the wall place across the street that sells really cheap water and alcohol, two of the most important components of the student food chain. (On the first night, while hanging out with a bunch of the people here at CET, many of them had already decided that China was one of the best countries on the planet because alcohol is so cheap and they don't bother carding you or anything.) Down the opposite direction of this street you can find many more shops such as pharmacies and less sketchy restaurant and food places. One of my favorite places to eat is a dumpling restaurant that is just a couple minutes walk from the dorm. There is a small, little local park near are dorm that a bunch of the residents go to. We went by there the other day and got to try our hand at some ping pong, suffice it to say our skills were severally lacking, but it was still a really cool look into the everyday lives of people here.


Once you reach the end of our street and turn you see this big shopping mall called Korea Town. For some reason chinese people love Korean things enough to make a whole shop around it.


You keep going down the road past Korea town and turn and you feel like you're in a big city again. There are rows and rows of shops and little fast food places. The district we're set in is a shopping district so everyone comes here during the day to shop and walk around but it gets pretty quiet at night. 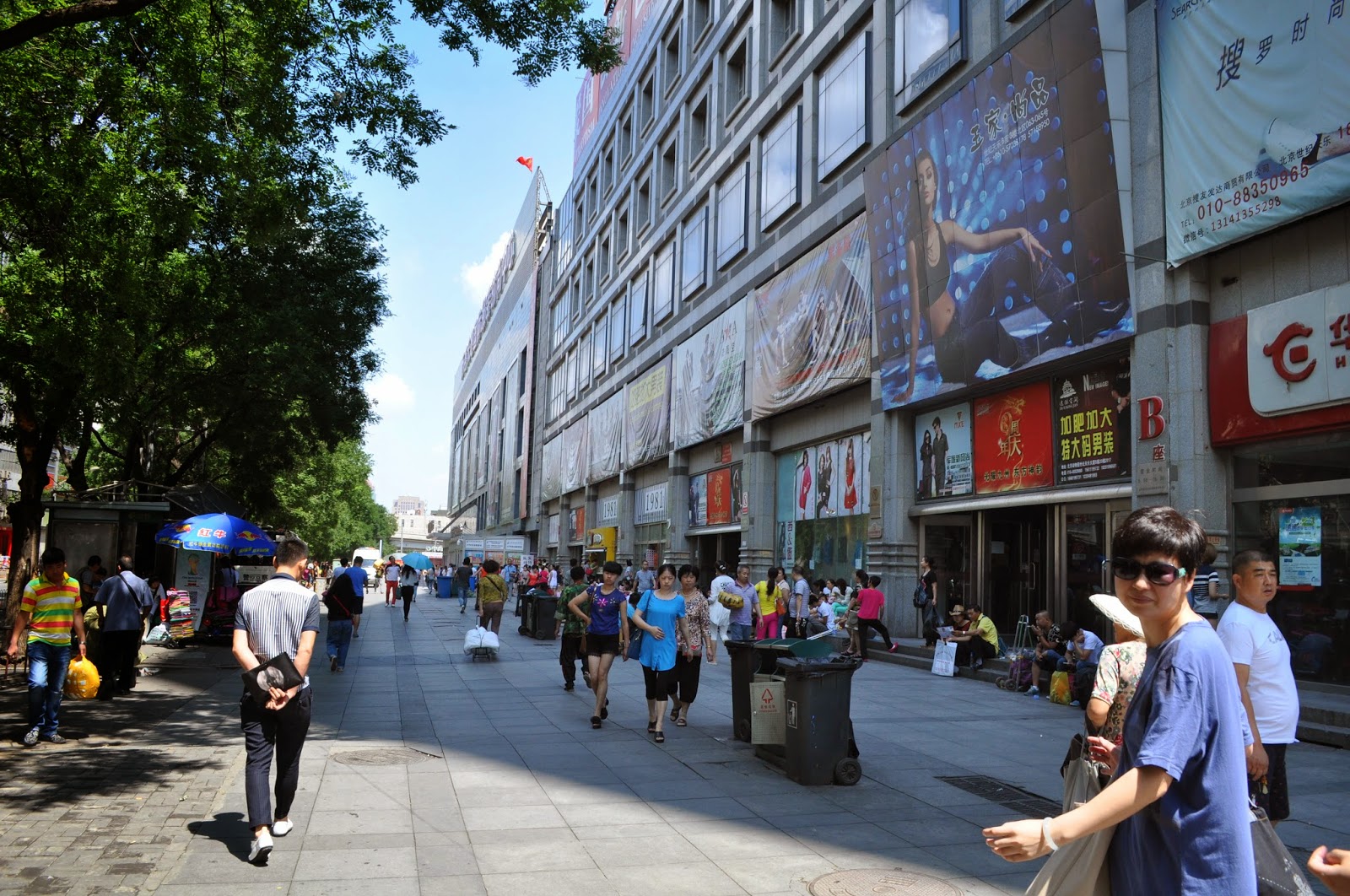 Below you can see a particularly interesting restaurant chain that we stumbled upon. It's a Bruce Lee restaurant! We ate their the yesterday (June 21st) at it was actually okay, not a five star restaurant but better than McDonalds. Several days earlier when we were eating at the dumpling restaurant, we were watching a kung fu movie that was playing in the room. During one of the scenes this very serious, very bad ass guy whips out his mad kung fu skills and takes out the fifteen bad guys who had surrounded him. After that scene my friend Max turned to me and said "he ate at the Bruce Lee restaurant". 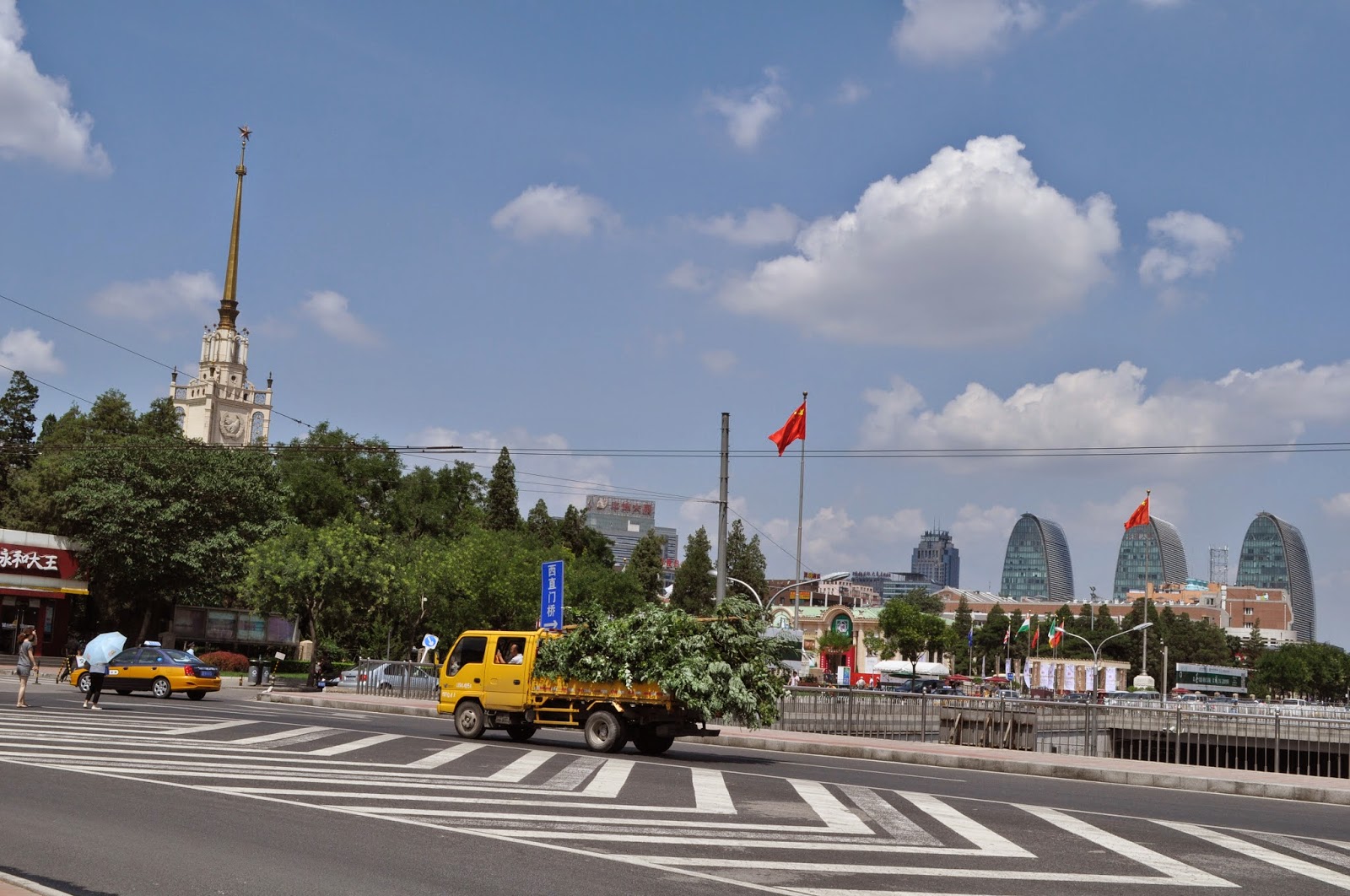 At this expo they had stall after stall of all sorts of different tea brands. We of course picked up a couple free samples and wandered around for a solid hour or so just admiring all the different kinds of teas. Some stall had really cool displays like the one below where they created a design out of tea leaves. There were also many stalls with beautiful tea glasses and amazingly carved tea kettles, all of course very expensive and completely impractical for me to purchase. 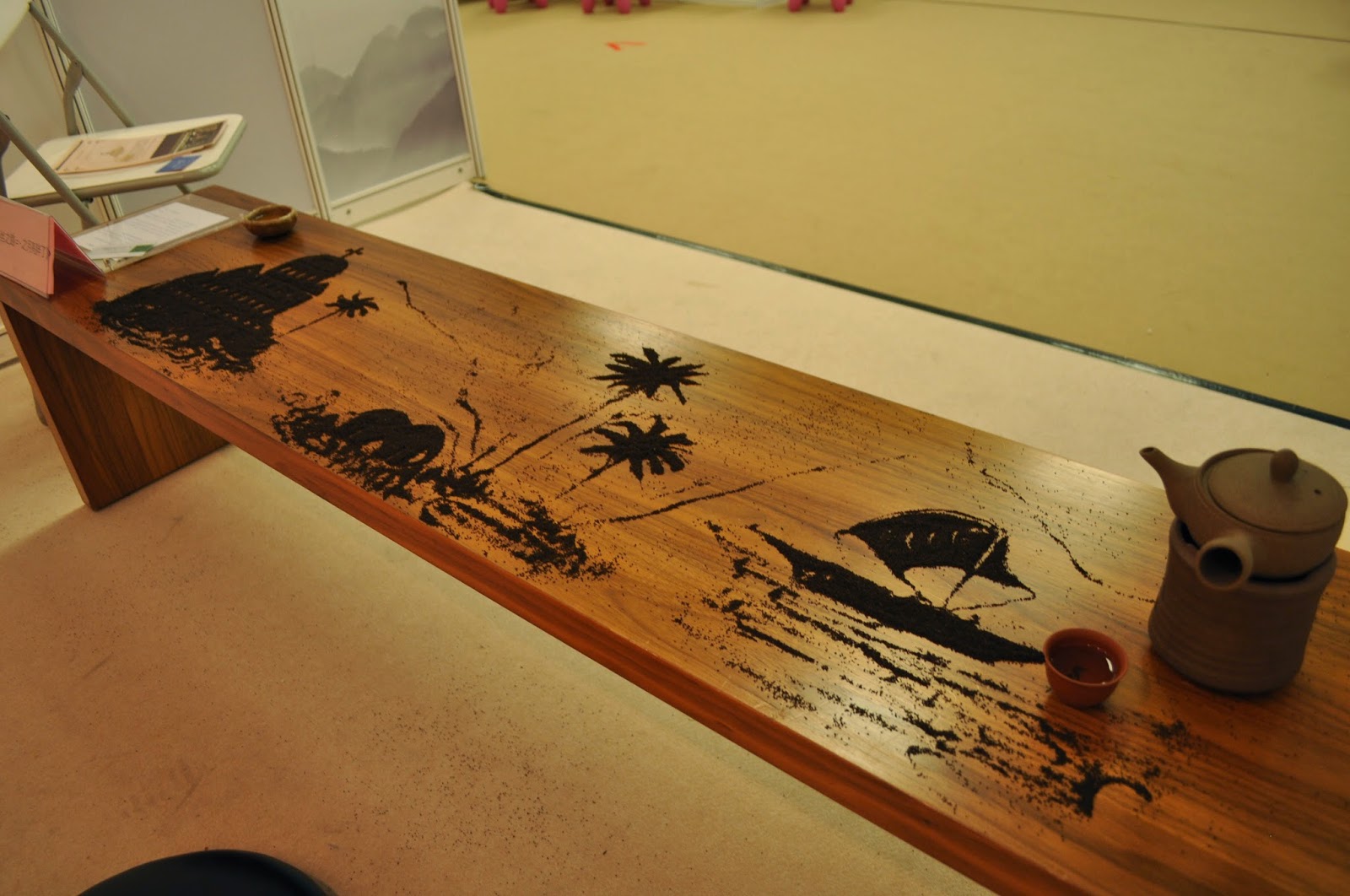 They even had people in old fashioned costumes. I'm not entirely sure why but my guess is to show the history of tea and the important role it has played throughout chinese history...or something.

That night CET took us to an organized program to go see a Chinese Acrobat show. This one was much better attended and much better funded then the one my dad and I had scene earlier.
Saturday, a friend of my from JMU who is actually from Beijing, Shirley, came by and took me and two of my friends to a very famous and very popular Hutong called Heizhima Hutong. This Hutong was really pretty and really crowded. There were shops lining the whole area and plenty of great and unique things to buy and eat. I got some very funny and random post cards with interesting chinglish on them as well as a gorgeous tea cup. My two friends Eric and Max both got seals of their Chinese names that looked really cool and I'm sure will have many uses in the future (slight sarcasm there). We ended the day with eating at a cafe which actually sold western food. For the first time in two weeks we used forks and ate a meal that didn't include rice. 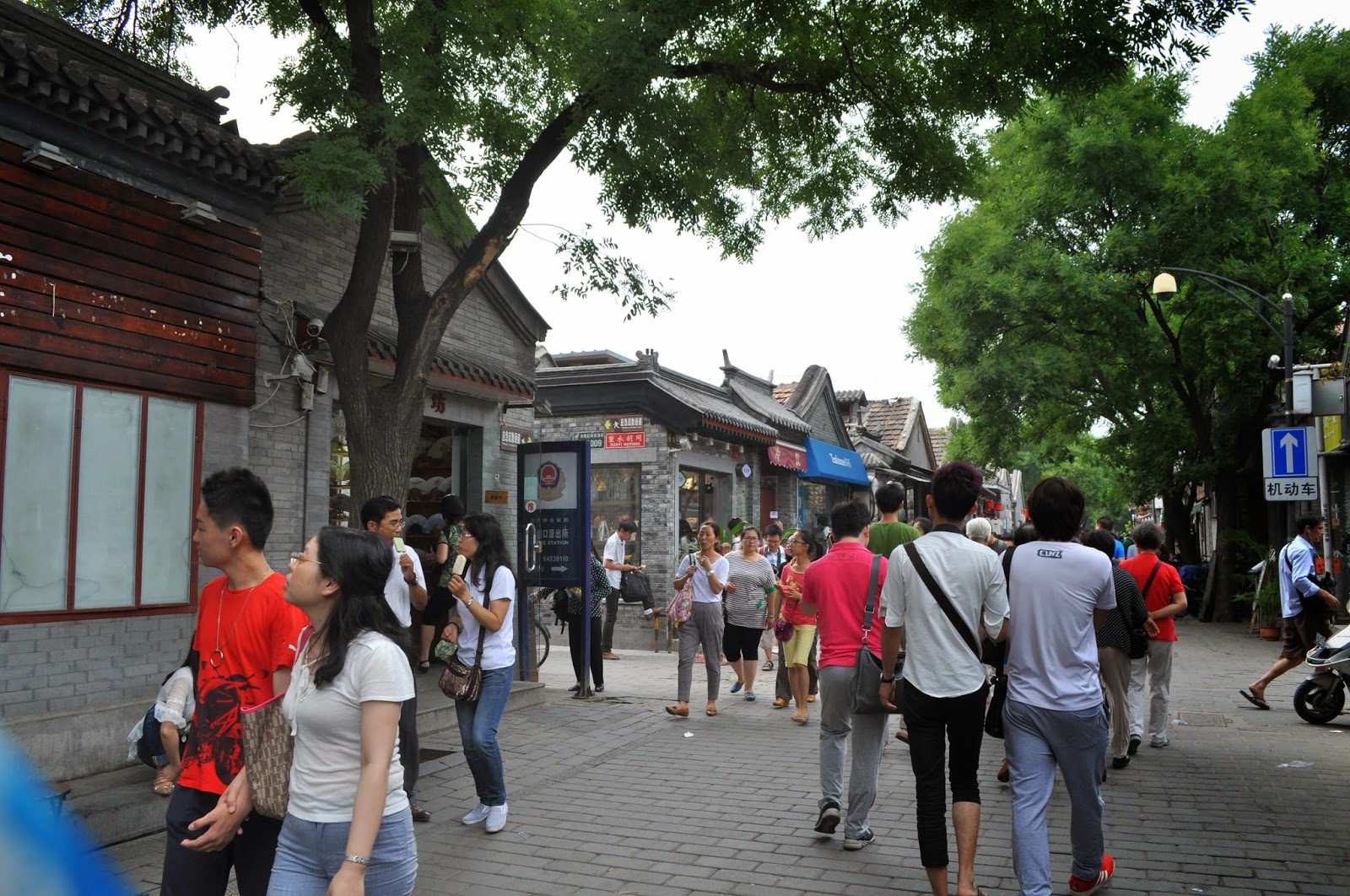 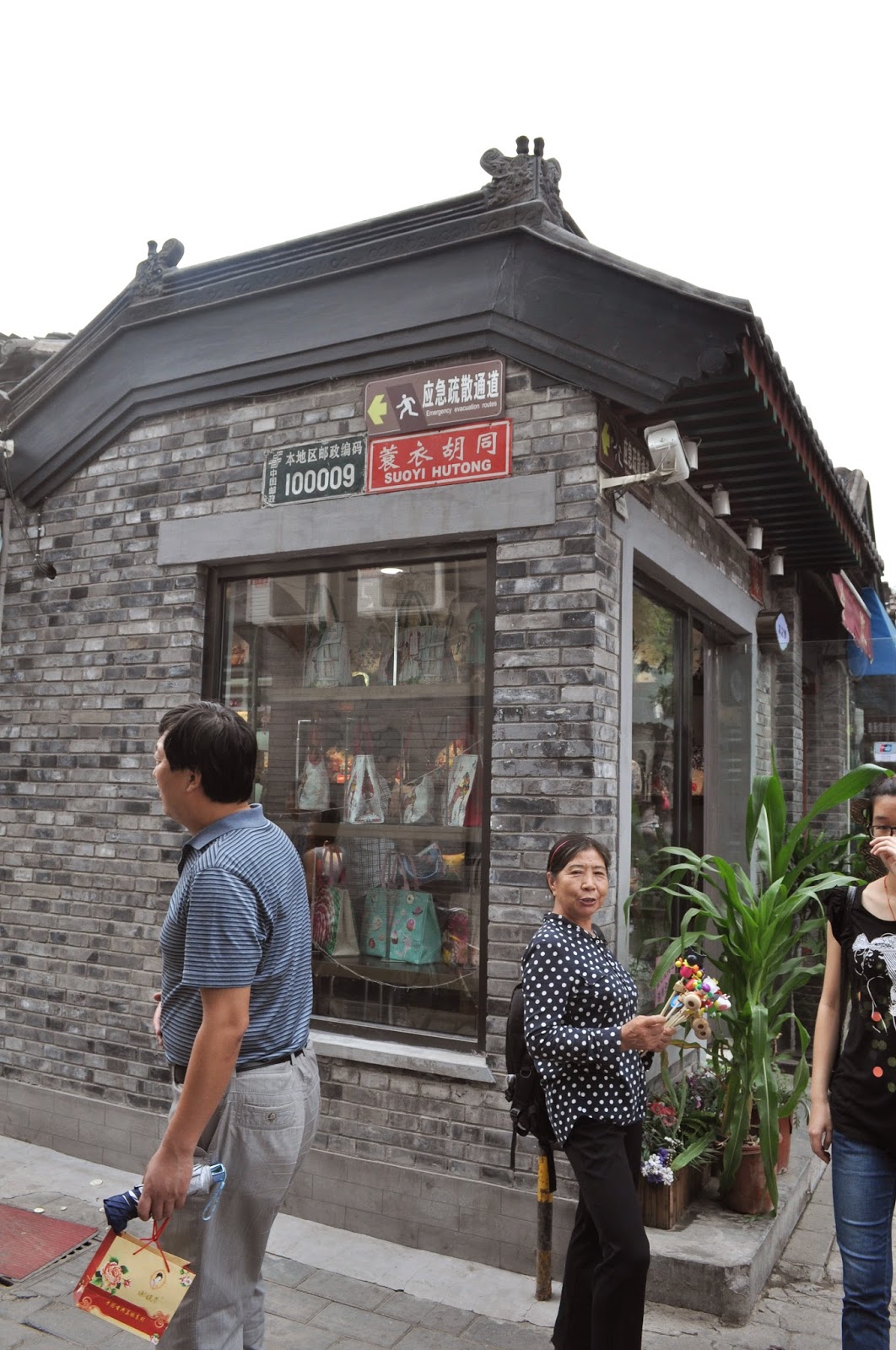 One thing they told us about in the multiple orientation seminars we had to go to is Cultural Shock and it's three basic stages. The first stage is called the honeymoon stage. During this time you think everything about China is amazing. It's a magical fairyland that is a thousand times better than any where in the states. Then, the next stage is something akin to resentment. Everything about the host country is awful simply because it's not home. During this stage you are determined to dislike anything and would go home at the first opportunity. Then, finally comes the last stage. Where you are content and happy to be where you are. You see China as neither a mystical fairyland or a rotten pit. Instead, it's just another country where you have decided to stay for a while. It's a country where you can see people going about their daily lives just trying to be happy and live well. I had a rough go of it at the beginning of this program but I think I'm finally starting to move my way into the final stage. I'm happy here, and I know this experience has already helped me grow and learn in ways I have never expected. Who knows what is yet to come.

So until next time, be safe, be happy, and remember...